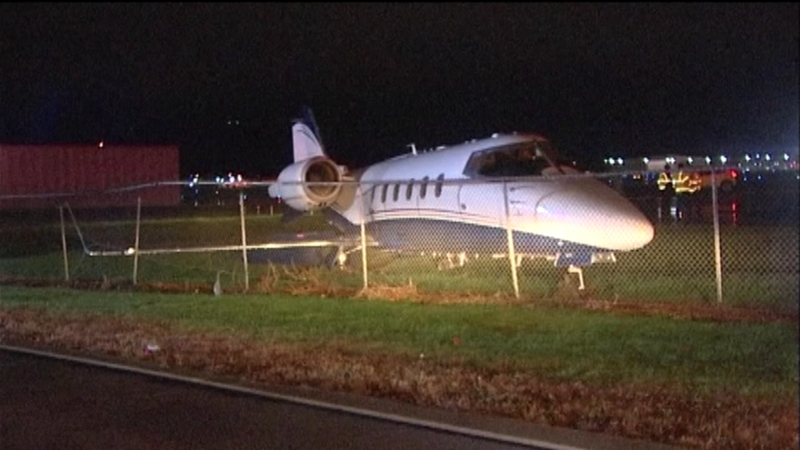 WHEELING, Ill. (WLS) -- A business jet slid off a runway and collided with a fence at Chicago Executive Airport in north suburban Wheeling late Wednesday night.

The small plane's wing went through a fence on the perimeter of the airport, just a few yards from the street, just before midnight.

It was raining at the time.

"When the plane went through the fence, the wing actually struck one of the poles, cracking it, and that's where the aviation fuel starting leaking out," said Scott Olsen with the Prospect Heights Fire Protection District.

Two pilots and seven passengers were reportedly onboard, but no one was hurt.