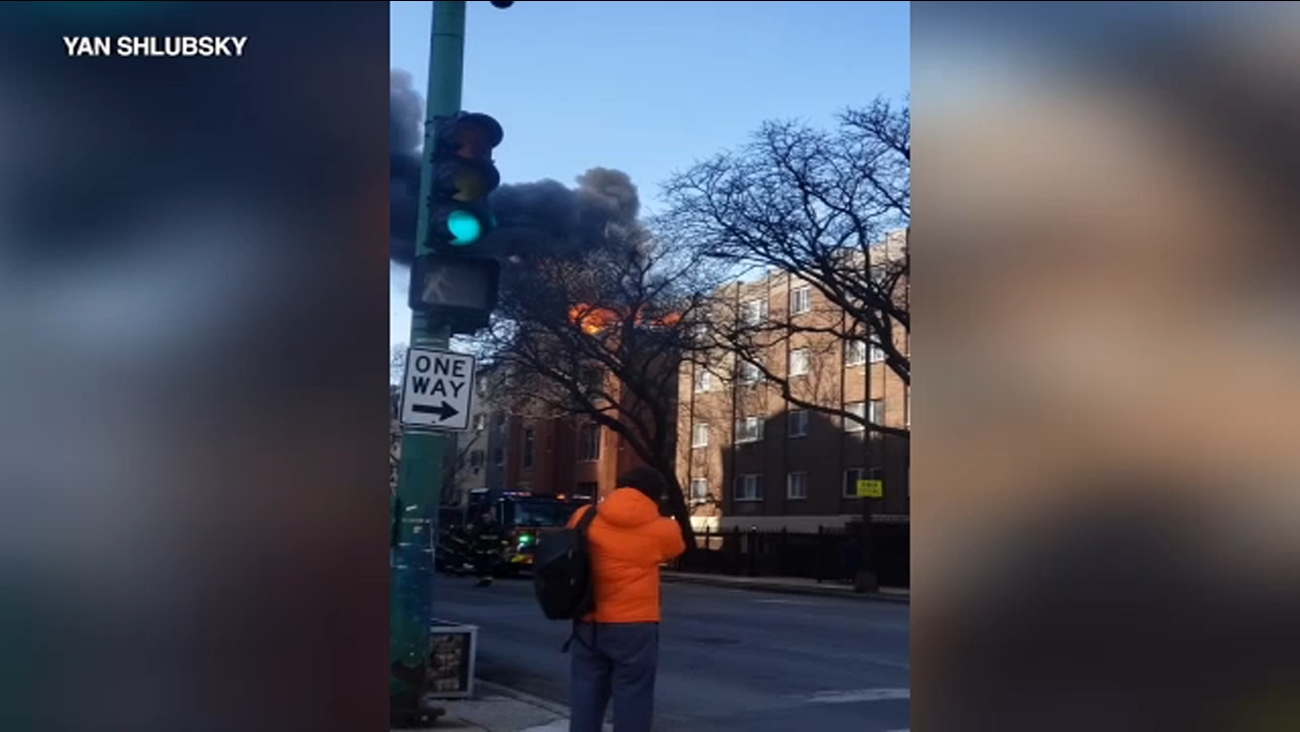 CHICAGO (WLS) -- Crews were battling a fire Tuesday afternoon in Edgewater Beach on the North Side.

Chicago Fire Department officials described the blaze in the 1000 block of West Hollywood Avenue as being "heavy." They also said the fire was contained to the building's top level and roof.


Witnesses captured dramatic video of flames shooting through the roof of the three-story, six-unit condo building. The cause of the fire is still under investigation, but residents said there was some work being done on the roof.
No injuries have been reported. The fire was reported to be struck out around 2:30 p.m. but firefighters remained on scene to fight hot spots and check for building safety.


Firefighters said no residents needed rescue, but they did rescue four cats from the building. The residents of the six units were displaced by the fire for an unknown duration.