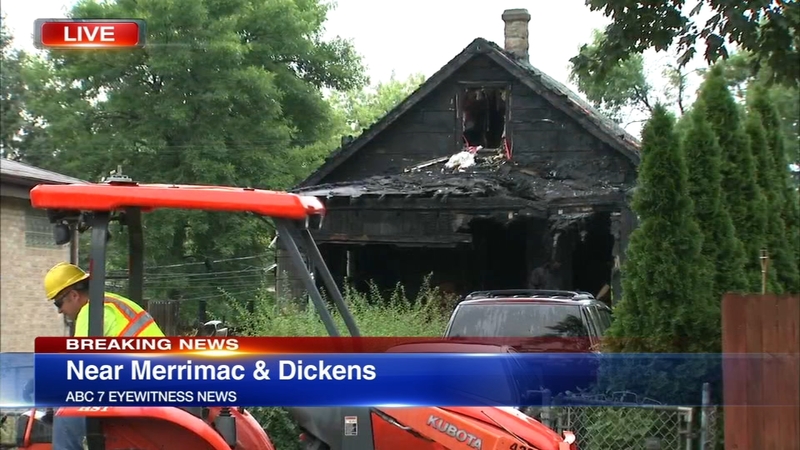 CHICAGO (WLS) -- A woman was killed and a man was seriously injured after a fire in the Galewood neighborhood Saturday morning, the Chicago Fire Department said.

The fire broke out after 3 a.m. in a building in the 2100-block of North Merrimac Avenue and smoke and fire was billowing out of the home.

Fire officials said a 55-year-old woman was killed, and a 55-year-old man was transported in critical condition. Neighbors said they rushed to try and get everyone out.

"I was screaming and I was just trying to help. Whatever we can do," said neighbor Julia Chavez.

Flames spread to a home next door. While helping people escape that home, a police officer suffered minor burns to the arm. The officer is expected to be ok.

Eight people have been displaced by the fire and the American Red Cross is providing assistance.