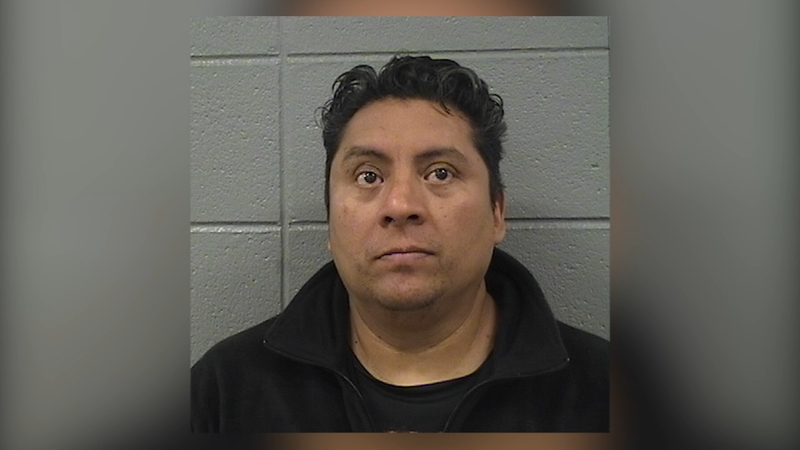 A coach with the Chicago Fire soccer team's youth organization is charged with sexually abusing a teenage player and soliciting sex acts from two others.

Fernando Calderon, 49, of the Kelvin Park neighborhood, appeared in court Saturday where his bail was set at $30,000.

Cook County prosecutors said the incidents occurred between July 2017 and August 2018 when the girls were between the ages of 14 and 17, and while Calderon was their coach.

Prosecutors said Calderon invited a 16-year-old player to his garage for a one-on-one training session last July and made sexual advances toward the girl and touched her.

The same month, Calderon asked another 16-year-old player about her sexual experiences during one-on-one training sessions, according to prosecutors. He later offered to massage her and showed her a video of a topless woman being massaged on his phone.

In a third incident during a practice at Montrose Beach in July 2017, Calderon asked a 14-year-old girl about her sexual history and told her that having sex would make her a better soccer player, prosecutors said. After adding his number to her phone, Calderon invited her to train at his house and said she could change in front of him "if she was comfortable with that."

A private defense attorney for Calderon said he had never been arrested before and has lived in the city for 30 years.

He is facing faced felony charges of aggravated criminal sexual abuse and indecent solicitation of a child.

Paul Cadwell, president of Chicago Fire Juniors City, released a statement saying, "The welfare of our players is our primary concern and top priority. When we became aware of the accusations, we took immediate action. The coach was suspended and ordered to stay away from our players, staff and facilities. All proper authorities were informed and the parents of our players were notified about the situation. We have since dismissed the coach. We have always maintained strict personnel safeguards including rigorous background checks, safe sport training, implementation of a code of conduct and guidelines governing interactions with minors. Nevertheless, we will reexamine our policies, practices and training to ensure we are fostering a positive and safe environment for every young player throughout our system."