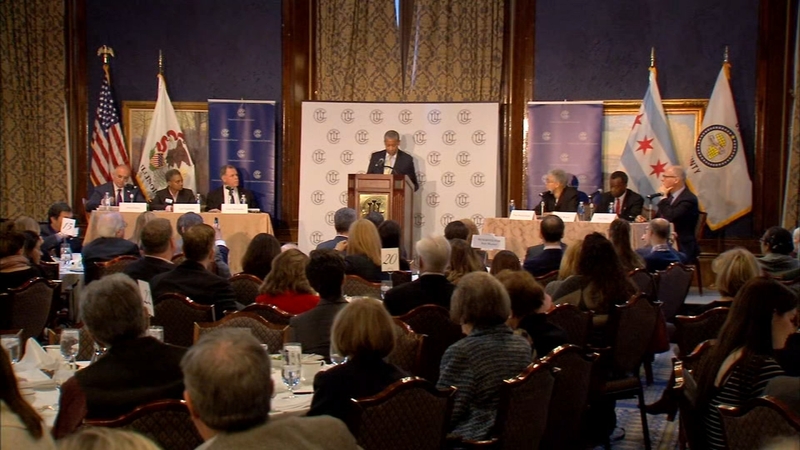 CHICAGO (WLS) -- A forum of the candidates in the Chicago mayor's race Friday featured a lot of finger pointing over fundraising.

Toni Preckwinkle, one of the leading candidates, found herself the prime target. Much of the criticism involved the now-controversial fundraiser held for Preckwinkle by Alderman Ed Burke, who's under federal investigation, and $1.5 million in donations from the SEIU State Council.

The final question during the Union League Club of Chicago's forum, which was about the need for campaign finance reform, sent the barbs flying after Toni Preckwinkle positioned herself like this:

Candidate Garry McCarthy said he didn't "know how to follow that."

"The Political machine and government are like Siamese twins," said Paul Vallas. "They are joined at, they share the same organs and that organ is money."

Afterwards Preckwinkle said the $116,000 she received from a Burke-hosted fundraiser has been returned, but she refused to answer further questions about her fundraising, walking away from reporters.

"Toni Preckwinkle refuses to give account to the people of the city what her corrupt relationship was with Ed Burke," said Lori Lightfoot. "She won't answer the question, she smiles and heads for the door."