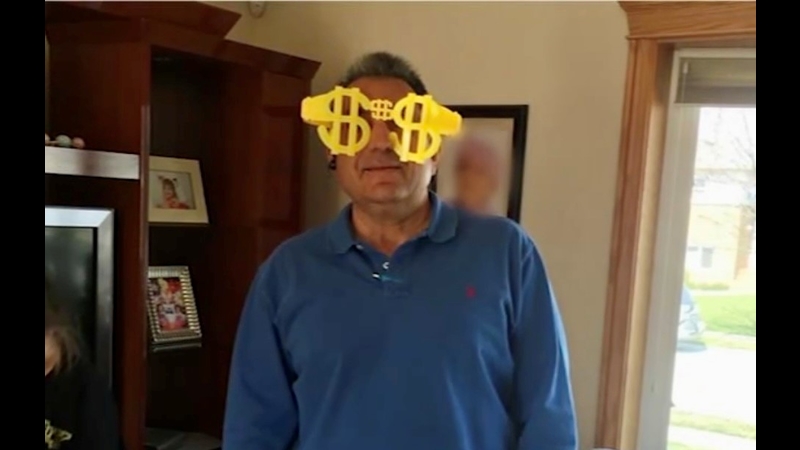 CHICAGO (WLS) -- On Greg Paloian's personal Facebook page he is pictured seeing dollar signs; a fitting photo for a man who made millions in sports gambling profits for the Outfit according to prosecutors. A federal judge describes Paloian having made a "bargain with the devil" after his previous convictions. It is a deal that Paloian has now lost, being handed a 30-month sentence in his latest case.

Paloian would be eligible for a gold wristwatch watch from the Chicago mob after 50 years of service, if the Outfit actually gave out career awards. Instead, the 66-year-old crime syndicate bookmaker is looking to spend a few of his golden years behind steel bars.


At the Dirksen Federal Building late Wednesday, U.S. District Judge Joan Lefkow listened to Paloian beg for mercy in the form of probation, informing the court that he was recently diagnosed with early onset Alzheimer disease.

He had struck a plea deal with the government in January, admitting to running a large scale sports gambling operation and falsifying his taxes. According to his guilty plea, Paloian took bets on professional football, basketball, baseball, hockey and college sports. His Facebook page didn't hide the money he saw in booking illegal sports bets for decades; flouting his earnings, with a laptop pictured on his couch-one tool of a bookmaker whom prosecutors say hauled in hundreds of thousands of dollars in an average month handling bets and vigorously pressing hi-stakes losers to pay up, with the threat of the Outfit always present.

In the end, Judge Lefkow handed Paloian two and a half years in prison, leaving the career bookie to wonder whether it will turn out to be a death sentence for gambling.


"What does this sentence accomplish?" he asked.

Paloian promised if he got probation he would never book another bet. After court the I-Team asked Paloian if he wanted to talk about his sentence which was on the low end of what federal prosecutors requested. According to his attorney, the Elmwood Park native is "still digesting" Wednesday's disappointment. Paloian has to surrender to prison by May 20.
Report a correction or typo
Related topics:
chicagoloopelmwood parki teammobsports bettingprison
Copyright © 2021 WLS-TV. All Rights Reserved.
I-TEAM