"Pudgy" the mobster asks for health mercy in embezzlement case 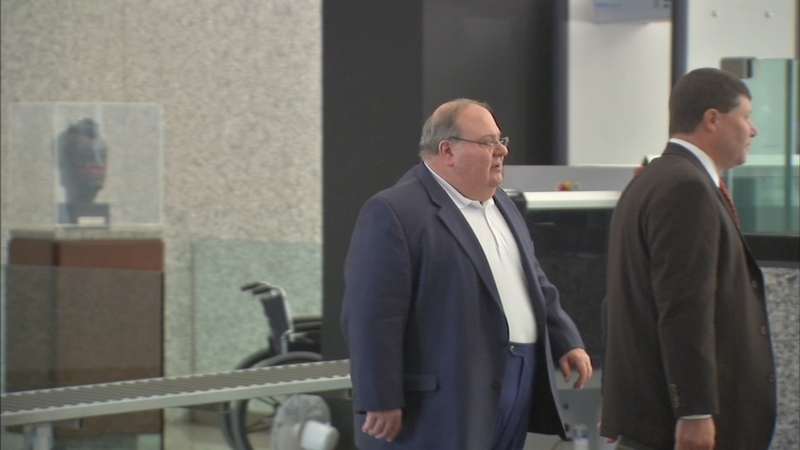 "Pudgy" the mobster asks for health mercy in embezzlement case

An admitted union embezzler considered the highest-ranking made member of the Chicago Outfit to go down in federal court since Operation Family Secrets more than a decade ago says prison would be hazardous to his health and will ask for probation when he is sentenced next Monday in federal court.

John "Pudgy" Matassa, 68, pleaded guilty last February to embezzling thousands in retirement funds from the Independent Union of Amalgamated Workers Local 711 where he was the longtime secretary-treasurer.

Matassa's plea for no prison time doesn't come close to squaring with the government's sentencing request, according to newly filed court records from both sides.

U.S. prosecutors say that Matassa should be locked up between 27 and 33 months, citing his "personal greed" and the use of his wife as a ghost payroller and dummying up union records to cover his tracks.

"Fraud and embezzlement, in any context, are incredibly serious offenses," prosecutors wrote in their sentencing memo. "Defendant took and used money derived from the hard work of honest individuals who trusted him to act in their best interests."

Matassa, who pledges to repay the union and the Social Security Administration, has filed an apologetic request for mercy, mostly based on his various medical conditions. As the I-Team first reported in May, "Pudgy" as he is known in mob circles due to his sizable belt size, allegedly suffers from numerous illnesses -- "debilitating medical conditions that will make every day he serves in prison physically difficult and potentially dangerous to his health and wellbeing," according to his latest court filing.

In the annals of the Chicago Outfit, many top hoodlums caught up in federal cases have attempted to squirm from justice by submitting their medical records to the court. Matassa, an Arlington Heights resident, is just the latest.

During the mob's glory days, organized crime bosses who managed to avoid a gangland demise would frequently pay the price with high blood pressure, heart ailments, mental problems and other stress-related infirmities.

While the mob may just be an unhealthy environment to grow old due to its rich food, scant exercise and high-pressure lifestyle, Matassa is suffering from a long list of legit maladies, according to a new court filing.

According to his request for probation, Matassa should be spared from prison because he has:
-Severe Chronic Obstructive Pulmonary Disease
-Is dependent upon medication and inhalers to keep him breathing
-Needs immediate access to a rescue inhaler at a minimum, and potentially more significant medical intervention to restore oxygen
-Is morbidly obese
-Suffers from polymyalgia
-Has vertigo
-Uses insulin and multiple oral medications for Type 2 diabetes
-Suffers from sleep apnea requiring 100% access to a CPAP machine
-Has a lack of balance and mobility; his "ability to walk is severely limited."
-Recently was diagnosed with mitral stenosis, a narrowing of a heart valve

"John's health could be seriously and irrevocably compromised" by imprisonment, according to his court filing. And dangerous, they say: "Other more able-bodied prisoners will be moving faster than John can, increasing the likelihood he will fall and injure himself. And, in the event of an altercation in a prison environment, John will simply be unable to defend himself."

Due to all of Matassa's health concerns, his attorneys suggest the court "fashion a probationary sentence that adequately punishes John without taking the chance that his punishment will severely compromise his health or end his life."

Matassa's plea deal with the government already cuts down his legal exposure. He was originally facing a 10-count federal indictment charging him with wire fraud, theft of government funds, embezzlement from a labor organization and making false entries in union records. He will be sentenced on a guilty plea to one felony charge.

Even with the end of the case coming next week, questions remain about the union that Matassa has continued to work for.
As the I-Team reported in 2017, shortly after Matassa was arrested, the union headquarters at 119 S. Emerson is a UPS mailbox store. His union has been using that address for its official business for several years. The Amalgamated Workers Union still has no website, the local has no apparent street presence or office and was not listed as a member of the Chicago Federation of Labor. It also was not listed in the University of Illinois' library of labor unions in the state.