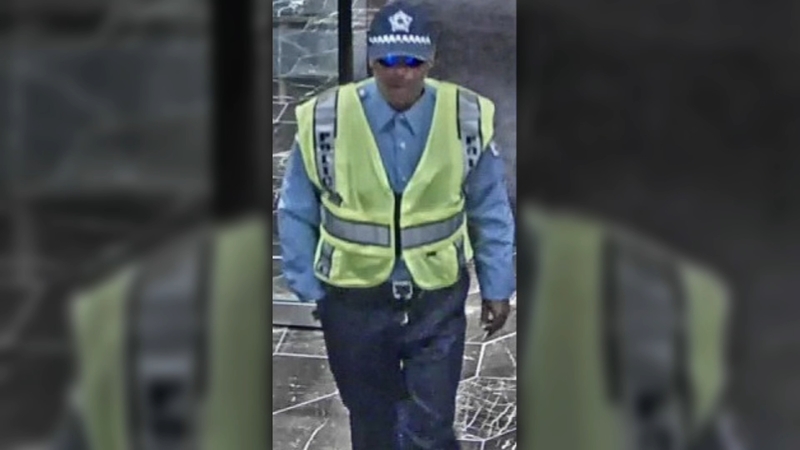 CHICAGO (WLS) -- Police have released surveillance photos of a suspect who allegedly dressed as a Chicago police officer to rob a currency exchange.

Police said around 7:40 p.m. a man wearing a Chicago Police Department uniform, including a baseball cap, long-sleeve button-up shirt and reflective vest, as well as a surgical mask, entered a currency exchange inside the North Bridge shops in the 500 block of North Michigan Avenue.