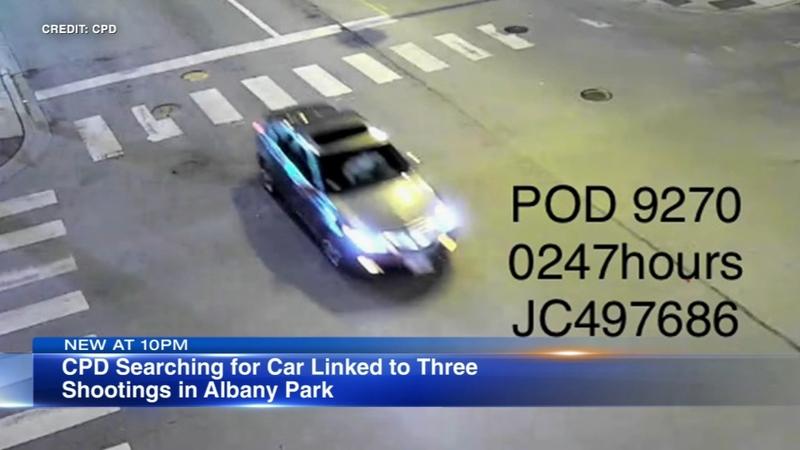 CHICAGO (WLS) -- Chicago police are looking for a car used in three shootings in the city's Albany Park neighborhood in a matter of hours.

In two of the shootings, people were seriously injured by gunfire, police said.