Man, 73, dies after attempted carjacking near University of Chicago 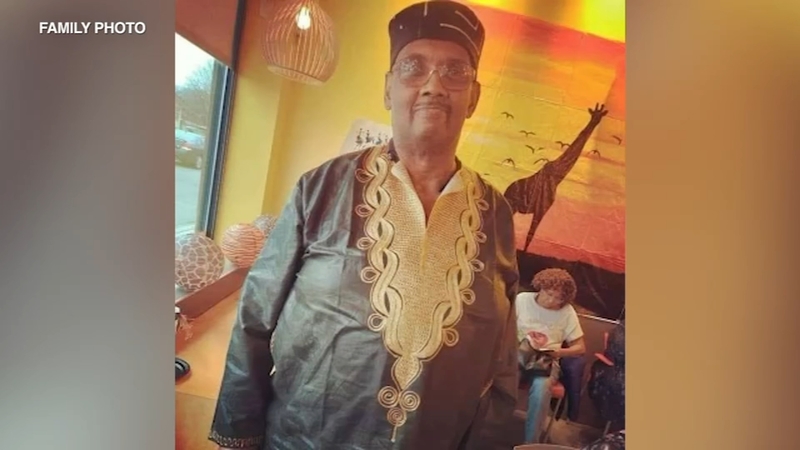 CHICAGO (WLS) -- A 73-year-old man died as a result of an attempted carjacking near the University of Chicago campus Wednesday.

Police said that slightly after 12:30 p.m. in the 5300-block of South Kimbark, a man was approached by two strangers as he got out of his car, who demanded his car. They began to physically assault him and punched him in the head repeatedly.

The victim's daughter said the trauma of the attack caused her father to have a heart attack. He was taken to University of Chicago Hospital where he was pronounced dead.

Family identified the man as Keith Cooper, and said he was a veteran of the United States Marine Corps. He survived two combat tours in Vietnam only to be beaten to death outside his regular grocery store just days before his birthday.

"It was two guys preying on a senior citizen," his son-in-law Curtis Carlton said. "Tried to steal his car, you didn't even get his car and you took his life. I'm just wrestling with that. I can't fathom it. I can't understand why you would try to do that."

Cooper's daughter Keinika Carlton said he was on his way to her house when the attempted carjacking happened, and had stopped to get groceries.

"I'm just in shock, still in shock because this is not how my day was going to go," Keinika Carlton said.

His daughter rushed to his side as soon as she got the call from the hospital, but it was too late.

Police said witnesses tried to fight off the attackers, and it was because of their actions that officers were able to track down the alleged attackers so quickly.

It wasn't enough to save the beloved father and grandfather, but Cooper's family said they are so grateful.