Chicago police to expand body camera program to 1,400 officers in 2016 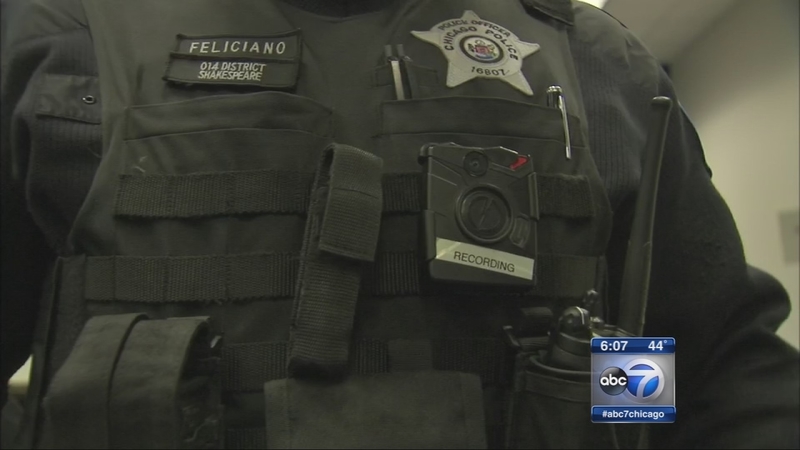 It has been, thus far, a small-scale pilot program: 29 officers in the 14th District on the city's Near Northwest Side wear body cameras. The early focus has been on the technical: Where's the best place to wear them? What's the video quality like? When do you activate the camera?

With those questions largely answered, the body worn camera pilot program will expand to six districts early next year, and 1,400 Chicago police officers will be wearing body cameras.

"One of the reasons we're waiting is the next generation camera will be available in 2016," said Dep. Chief Jonathan Lewin, Chicago Police Dept. "The camera has high resolution, better low light performance."

The new generation body camera is also capable of recording audio for a squad dash cam. The cop exits his car, he turns on the body camera which records audio. That same audio is simultaneously recorded in the squad. In theory, that would lessen the odds of a deadly force incident where, inexplicably, there is no audio.

While national research is still young, it does suggest that body worn cameras tend to decrease complaints against officers while it also decreases police use of force.

The new cameras are financed in part by a federal grant, and as a condition of that grant, there must be an academic study of the pilot program to ascertain what works and what doesn't.

University of Illinois at Chicago criminologists will handle that effort by measuring complaints, use of force, police and community reaction over the next year and a half.

"Any time you implement something this large, it's gonna take time to get officers used to it and get the community used to being under video, and to see how it effects everyone in the long run," said Prof. Dennis Rosenbaum, University of Illinois-Chicago.

"It's a beginning. We've got to see how everything plays out with it, but it is a start, and that's good," said Clarence Bennett.

Others, though are skeptical saying that behaviors haven't changed with cameras seemingly everywhere. Except now, in greater numbers, they'll be watching up close.