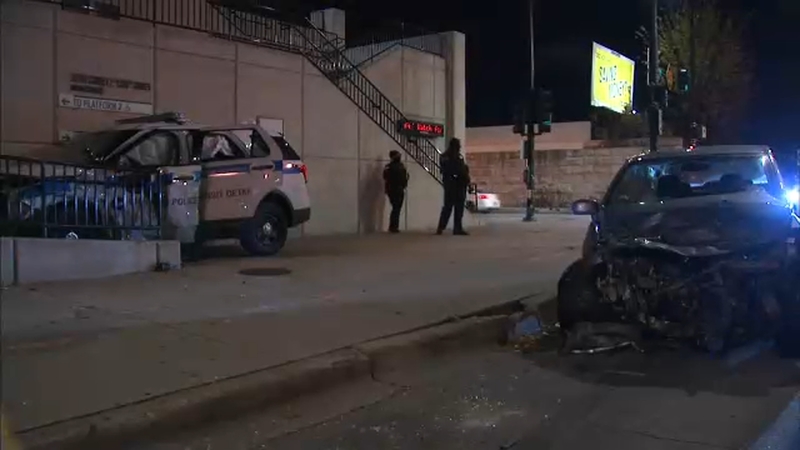 CHICAGO (WLS) -- Three people, including two police officers, were taken to the hospital Saturday night after a crash involving a CPD cruiser on the South Side.

A 27-year-old man was heading eastbound in a vehicle about 7:50 p.m. in the 3500 block of South LaSalle Street when he blew past a stoplight and struck the driver's side of a squad car traveling north on LaSalle, Chicago police said.

Two officers in the squad car were not injured but were taken to a hospital for observation, police said.

The 27-year-old was taken to Mercy Hospital and Medical Center in good condition, police said. He was cited for disobeying a stoplight and driving with no insurance.