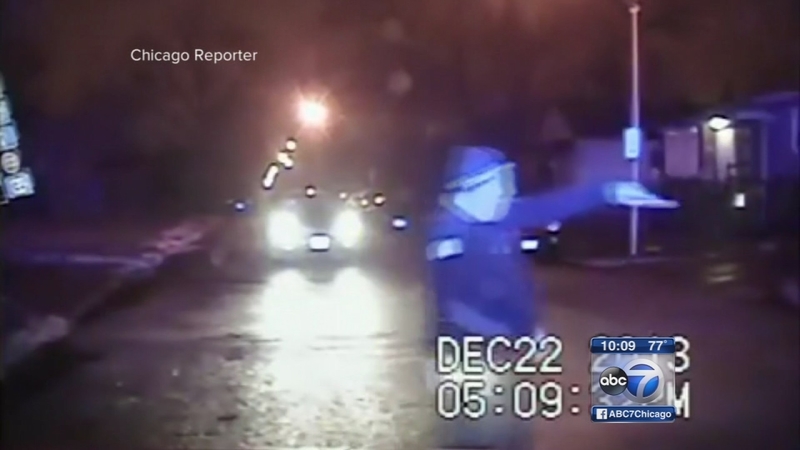 Officer Marco Proano, 41, has been charged with two counts of deprivation of rights under color of law for an incident on Dec. 22, 2013. The U.S. Attorney's Office said that Proano used unreasonable force with a dangerous weapon while he was on duty and that victims were injured as a result.

The incident at 95th and LaSalle streets was captured on police dashcam video. Officers pulled over a car with six juveniles inside for speeding. The video shows one of the officers fire into the car as it pulls away. Two of the teenagers were wounded - one in the shoulder, the other in his hip and heel.

The indictment was returned in federal court Thursday in Chicago.

"When a police officer uses unreasonable force, it has a harmful effect on not only the victims, but also the public, who lose faith and confidence in law enforcement," said Zachary T. Fardon, United States Attorney for the Northern District of Illinois. "Our Office will continue to independently and vigorously pursue civil rights prosecutions to hold officers accountable and strengthen trust in the police."

Each count of the indictment is punishable by up to ten years in prison. A date for arraignment has not yet been set, the U.S. Attorney's Office said.

The Fraternal Order of Police initially said Proano fired his weapon to protect someone who was being dragged by the car. There is no evidence of that on the tape.

The shooting prompted a lawsuit filed by mothers of three teens in the car, and the city agreed to settle the case for $360,000. One of the three teens wasn't shot but was taken to the ground by an officer and his right eye was injured, according to the lawsuit. The city and the Chicago Police Department secured from a judge a protective order to keep the video from being released by any of the parties in the civil case.

But that order did not prohibit former Cook County Judge Andrew Berman, who had presided over the trial of one of the teens, from releasing the video. After the trial in which the teenager was acquitted of possession of a stolen vehicle and a misdemeanor criminal trespass to a vehicle, Berman released the video.

He turned the video over to the Chicago Reporter magazine in June 2015, telling The Associated Press at the time that he did so because the video "just showed a reckless and callous disregard for human life by somebody who is sworn to serve and protect."

"The law speaks in terms of willful conduct. The defendant has to have willfully violated someone's civil rights, which means they had to have had a bad motive," Sofer said.