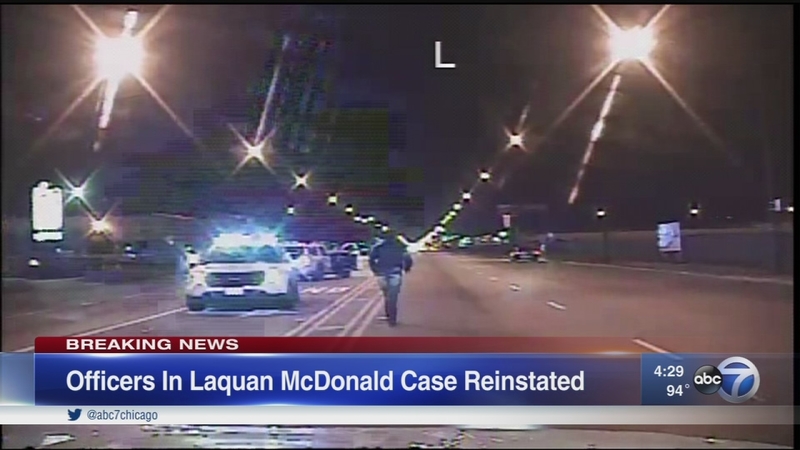 CHICAGO (WLS) -- The Chicago Police Board ruled Monday that several officers who had been suspended without pay in connection with the fatal shooting of Laquan McDonald by former officer Jason Van Dyke can return to duty.

Attorneys for the Fraternal Order of Police argued that the suspension of the officers before any criminal hearings violated their right to due process.

"Given the due-process concerns related to suspending these officers without pay during the period of an indefinite stay of their cases, the board now finds that there is no basis for their continued suspension pending the hearing on the charges against them," the board ruled.

Van Dyke is not included in this ruling.

The four officers affected by the ruling are accused of trying to cover up McDonald's shooting by backing up Van Dyke's account of what happened that night. Those statements seem to contradict was is seen on the now-infamous dashcam video.

The officers considered in the police board hearing have not been charged with any crime, and argued they should be allowed to earn a living while they wait for due process.

"This is about fairness. People have to be treated fairly no matter where they're at. And so I hope that these officers can get back to being on the pay status very, very quickly," said Fraternal Order of Police President Kevin Graham.

"That's the police board's decision on what they do, and once they make that decision it's brought to me. Then we'll go from there," said Chicago Police Superintendent Eddie Johnson.