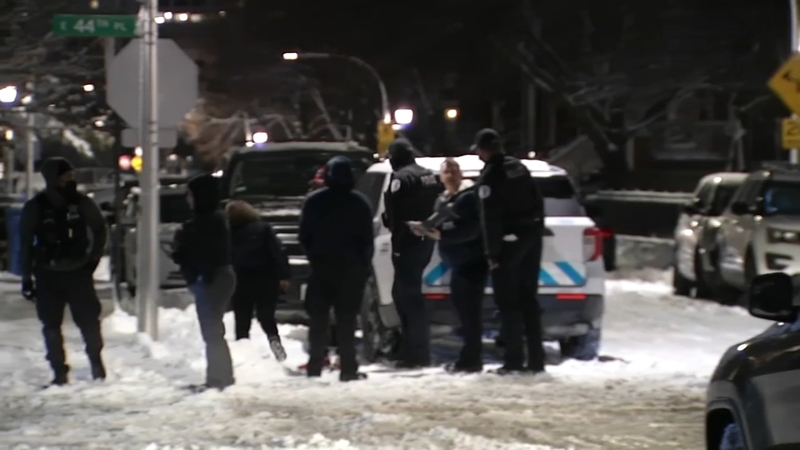 CHICAGO (WLS) -- An off-duty Chicago police officer was carjacked at gunpoint Tuesday night on the South Side, a community activist confirmed.

The 38-year-old woman was getting out of her black Lexus truck about 9:30 p.m. in the 4400-block of South Oakenwald Avenue, in the Kenwood neighborhood, when four male suspects with guns got out of a red hatchback, police said.

They took her purse and phone and then drove off with her car, according to Chicago police. Police officials would not say if the woman is a Chicago cop or not, but community activist Andrew Holmes said the gunmen made off with her service weapon.

"We're getting information, solid information they did take her weapon," Holmes said. "And that's another tool we gotta find on the street somewhere before someone loses their life."

As Chicago carjacking surge in 2021, women and women rideshare drivers are being targeted, especially on the South and West Sides.

Her SUV was later recovered near 56th and Princeton. The Kenwood neighborhood was on edge Wednesday.

"It's very shocking to me," neighborhood resident Sidney Harris said. "This is ridiculous, all this carjacking going on in the middle of a pandemic."

It was one of several carjackings Tuesday night. About an hour earlier, a man was carjacked at gunpoint in Edgewater on the North Side. Late Tuesday night, a food delivery driver was carjacked in West Town. It happened after 10 p.m., as the driver was delivering food in the 900-block of West Washington Boulevard. The driver was not hurt, but the suspects got away with his 2003 silver SUV.

No one is in custody for any of the incidents as the police investigation continues.

Lightfoot said CPD is adding 40 more officers to its carjacking unit and sending detectives to meet with victims and witnesses immediately after the crime.