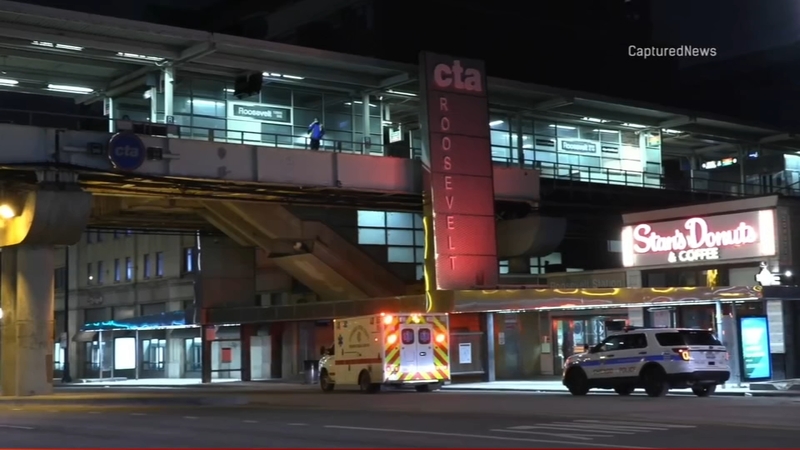 CHICAGO (WLS) -- A man was robbed at gunpoint Wednesday night on a CTA Red Line train on Chicago's South Side before getting off at the Roosevelt stop in the South Loop to call for help, CPD said.

A 28-year-old man was on the train just after 10:30 p.m. near 47th Street when three male suspects robbed him at gunpoint, Chicago police said.

They took his iPhone and left the train, according to CPD.

The man stayed on the train until the Roosevelt station, where he called for help.

He was taken to Mercy Hospital for observation, but was not injured in the incident, Chicago police said.

There is no one in custody, and Area One detectives are investigating.

Chicago police said Wednesday they are dedicating a team of detectives to investigate crime on the CTA after a series of recent, violent incidents along the Red Line.