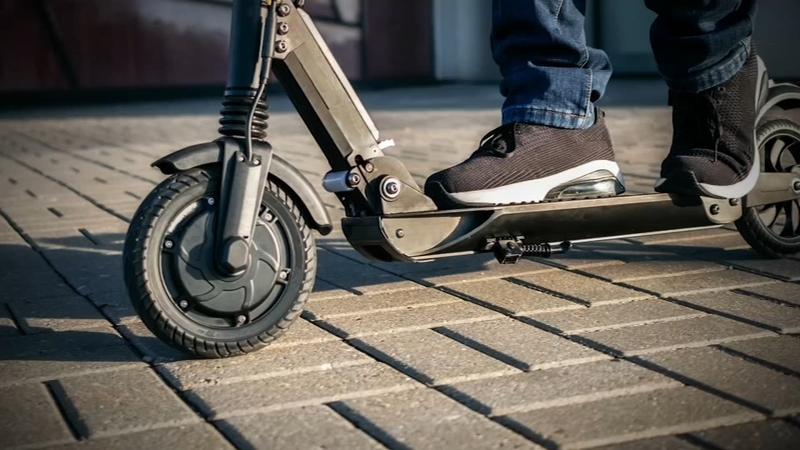 2 months into pilot program, how are electric scooters faring in Chicago?

According to the city's "Scooter Halftime Report," the pilot program is popular, with nearly a half million rides in just two months.

But some of those rides are ending with scooters blocking sidewalks or dumped outside the pilot zone, where they don't belong.

What's the grade so far on Chicago's electric scooter program?

"We're getting all of it, the good, the bad and the ugly," said Rosa Escareno, the city's Commissioner of Business Affairs and Consumer Protection.

The department has discovered through feedback that some people love the scooter program, while others hate them, Escareno said.

The city estimates 478,342 trip were taken in the first two months of the pilot program. The agency has received 207 complaint calls so far, most of which deal with "scooter litter" or riders zipping on sidewalks instead of streets as required.

Two people have been seriously injured by shared electric scooters, the I-Team found. But the city doesn't have a total number of scooter-related injuries at this halfway point.

"We partner with the Department of Health, who is also partnering with all the near hospitals in the Chicago area to begin to identify which injuries are a result of scooters," Escareno explained. "But that is going to take time. We want to be methodical on this and we want to get it right. So we will be evaluating that information at the conclusion of the pilot."

Shared scooters are also turning up outside the pilot zone.

Escareno said the department is addressing the issue directly with the company.

"And if this is a pattern that continues, we are going to cite the company," he said.

Escareno confirmed that in some cases, people are picking up the scooters and bringing them outside the zone.

Under the pilot program, companies must ask riders to take a picture of their scooter drop-off, which can prevent so-called "scooter litter." Scooter companies have two hours to remove litter or scooters found outside of the zone.

The city said scooters are capable of riding as far as .25 miles outside of the designated zone.

The I-Team tested a Jump scooter, owned by Uber, which eventually stopped where it was supposed to and charged a fee. Uber said it picks up any scooter that ends up outside of the service area within the two-hour deadline.