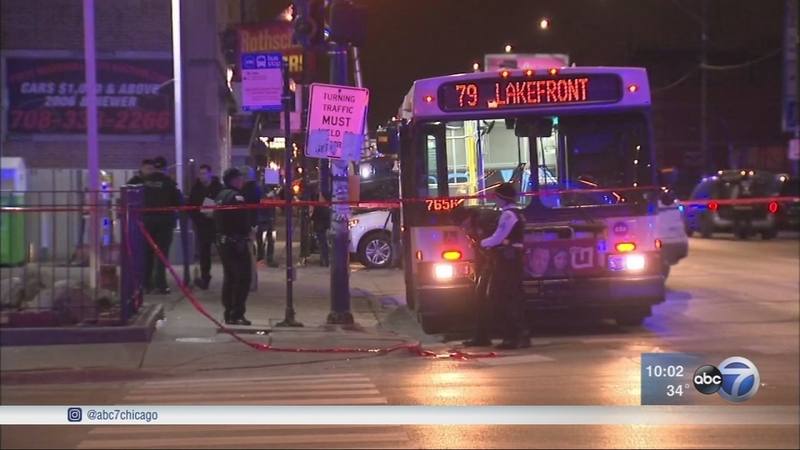 Police said around 4 p.m. in the 7900-block of South Ashland Avenue, an argument inside a gas station escalated into a shooting.

"It's sad. It's sad. But it's the way life is now," said Ralph Kendall, who works at the gas station.

Police said there was a physical altercation between two people in the gas station. A third person pulled out a gun and fired shots.

"I didn't see the shooter because my back was to him. But when I heard the shots I did like everybody else: I ran," Kendall said.

The 13-year-old boy was taken to Comer Children's Hospital in critical condition. As of 5:30 p.m. he was undergoing surgery and police said he is expected to survive.

"The 13-year-old right now is in critical condition. He was shot in the jaw. He is currently in surgery but expected to survive," said Chicago Police Commander William Bradley.

The 28-year-old man was taken to Holy Cross Hospital in stable condition.

Police are now searching for the shooter.

"We have increased the patrols, and we intend to do everything we can to bring him to justice," Cmdr. Bradley said.

"It's a sad thing nowadays that teenagers can't ride the bus, and all these guns and violence and stuff. It leads to this," Kendall said.