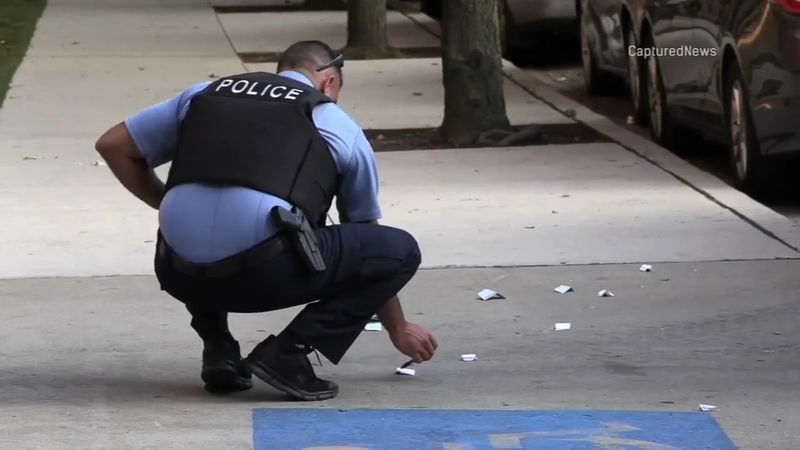 Police said the shooting took place in the 1400-block of North Hudson around 7 p.m.

Officers responding to the scene were given a description of the vehicle involved, which they followed to 37th and Princeton, police said. Two suspects were taken into custody and two guns were covered.

A baby was one of three victims of a shooting in Old Town Thursday evening, Chicago police said.

"Wonderful baby, wonderful first time mom, I'm just choking up," said Justin Thomas, who is family of the victim. "First time mom, I don't even know why she would be out because I call her periodically and we discuss things like this."

"Dogwatchers said they saw a shooter run past them, hop in a red car with other individuals, and speed to the east," said Lisa Davenport, neighbor.

A 19-year-old and 25-year-old were taken in a private vehicle to Northwestern Hospital where their condition was stabilized, police said.

The genders of the older victims were not immediately known.