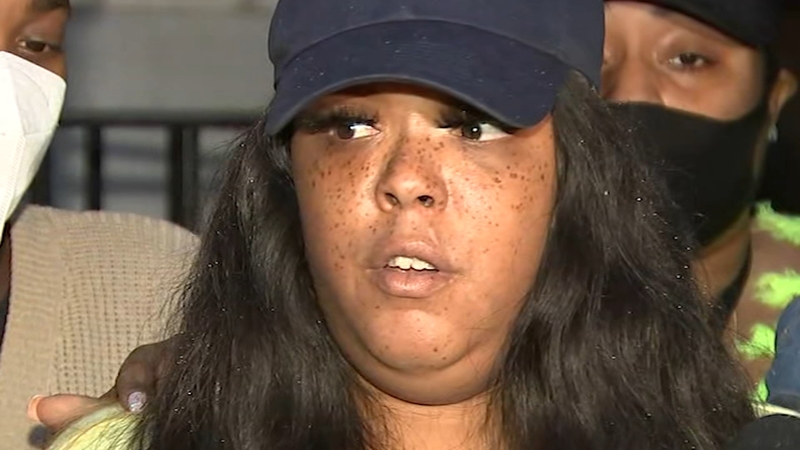 CHICAGO (WLS) -- The mother of a murdered 8-year-old girl spoke publicly for the first time since losing her daughter to Chicago gun violence.

Dajore Wilson was shot and killed when someone fired shots into a car in Chicago's Canaryville neighborhood on Labor Day.

Loved ones of another little girl, the latest victim of the city's raging gun violence, now know the pain of losing a child in an instant.

Three days since her daughter was murdered, Tracy Holmes is still stunned.

Police said the girl's was snuffed out in a second by bullets intended for someone else.

"She wouldn't even know what a gun is," her mother said.

Dajore Wilson was riding in the back of her parent's Subaru SUV Monday evening when police say someone in a Dodge Charger pulled up behind them near 47th and Union, got out, and fired over and over again into the car.

ABC7 obtained security camera footage that shows how the shooting that killed an 8-year-old girl on Chicago's South Side went down.

"I know we was talking about going to the nail shop. We were going to get her hair done," Holmes said. "We just came from a great weekend. And it all was gone in a blink of an eye."

Police said the gunmen in the Dodge Charger sped off as bystanders scrambled to save the little girl's life. Witnesses said Dajore died in her mother's arms.

"I know somebody sitting at home right now that did this," the grieving mother said. "If y'all don't feel something, something is wrong with y'all."

"This is a mother that carried her children, and a twin," said Cashmere House, a friend of the family. "You know who you are. Come forward."

Now a twin little boy has no sister to share a birthday with, and a mother wants to know who carelessly murdered her only daughter.