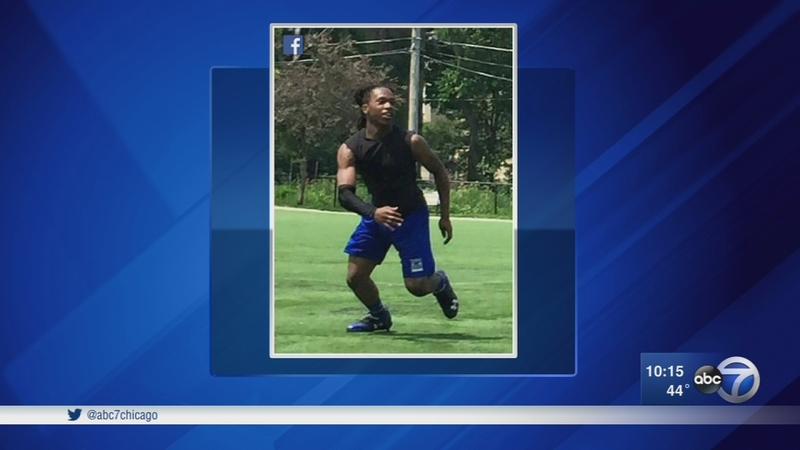 CHICAGO (WLS) -- A star Chicago high school football player was fatally shot this week in what police said was an attempted carjacking.

Police were still looking Wednesday for the shooter.

"He was the greatest kid you could ever imagine," said his coach. "He taught me more than I ever taught him about life. I knew if one person was going to be there, it was going to be Jeremiah."

On Wednesday, balloons drifted off above the field in Parker's memory.

A running back, linebacker and quarterback, Park was a reliable everyman on and off the field.

Parker had written on Facebook that football was supposed to be his way out. However, Parker's dreams of playing college football ended in the streets he wanted to escape.

"It may have been," said his coach, who added that Parker had just started to send him information about colleges.

"That's all he talked about, all he did," Brito said.

Monday evening, Parker was near his Humboldt Park home when someone demanded his keys. When he didn't give in, the man shot him in the chest and arm.