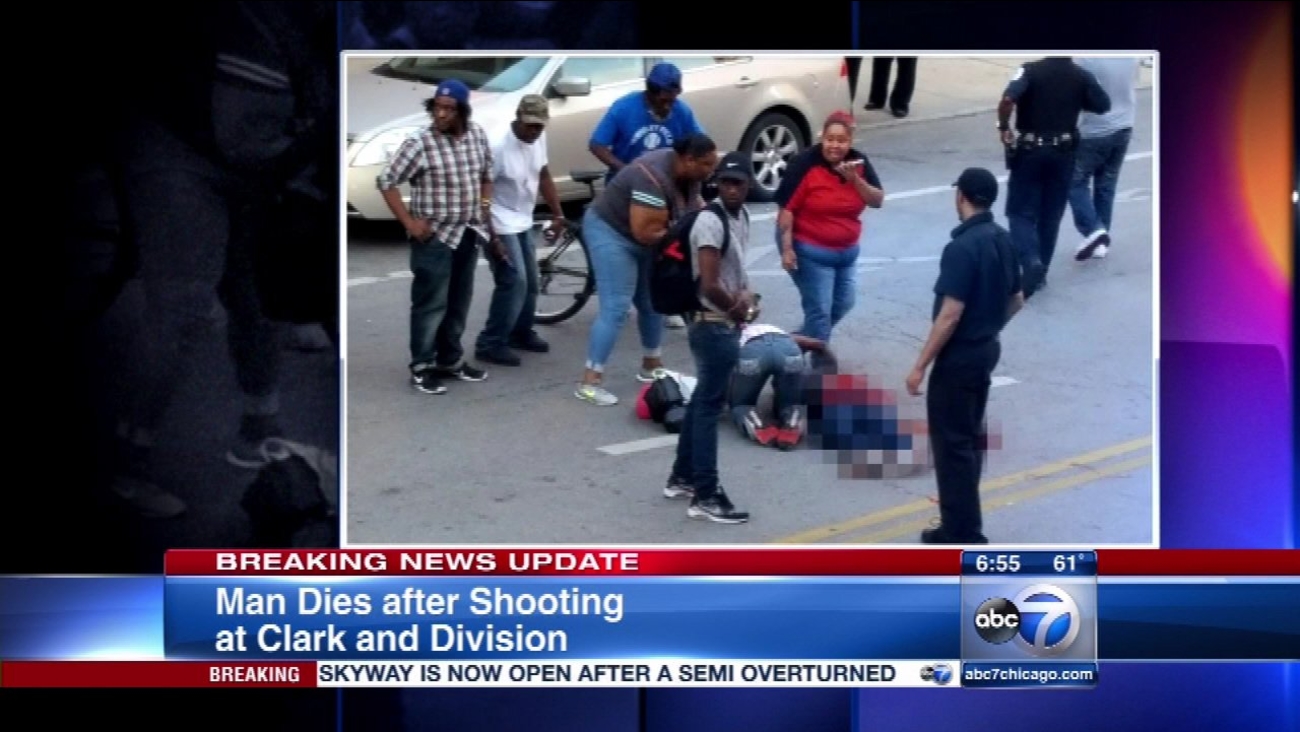 The shooting happened near the Clark/Division CTA Red Line stop. Police say the shooter got out of a vehicle, fired shots at the victim, then got back into the vehicle and fled.

The victim was taken to Northwestern Memorial Hospital in critical condition, where he later died. Police said the shooter was also male and fled the scene.

Police say the victim is a documented gang member and a convicted felon.

At a news conference Thursday morning, police said that the shooting was the result of a dispute during a drug deal. Police are analyzing surveillance video and have identified a suspect.

Witnesses were shocked to see gunfire in the neighborhood.

"I basically heard about six or seven shots about a half hour ago. They were very loud. I looked out the window the gentleman was laying in the street bleeding," said Jihad Baker, witness.