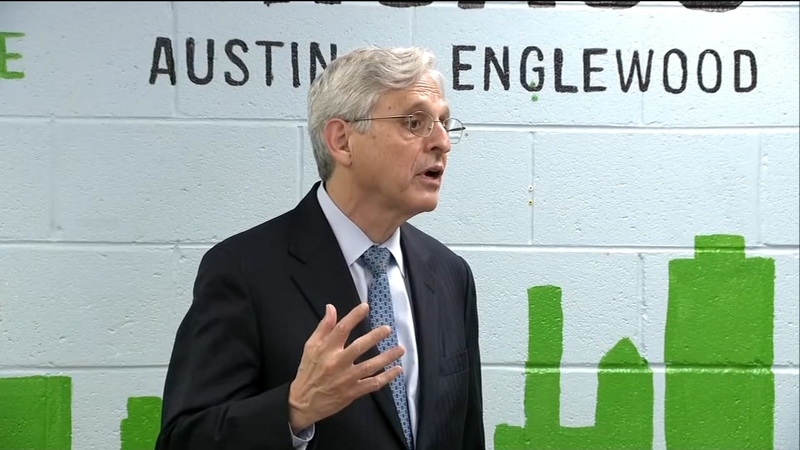 "The threat of violent gun crimes is a tragedy that just keeps ongoing, I feel particularly in my hometown here," Garland said during his visit.

"We are learning from the past," Garland explained. "This is a tactic which is to work on networks of gun trafficking, which are bringing the guns into the city. Take those down."

Attorney General Merrick Garland was in Chicago ahead of senidng a strike force ot the city to target illegal gun traffickers.

Garland's first stop will be the 11th District, where he will be joined by the U.S. Attorney and others to look at some crime fighting technology used by Chicago police.

Officials from the DOJ and the ATF said the goal is not a short-term infusion of federal resources but instead a sustained effort to disrupt gun trafficking routes.

The announcement comes after a pair of mass shootings in Chicago, with eight people wounded in the Old Town neighborhood and 10 shot in North Lawndale.
"The gun violence tragedy is now facing the country and facing over many years. Needless to say, it effects our communities and their security and safety. But it also effects the community of law enforcement officers," Garland said.

Garland noted the shooting of two ATF agents and a CPD officer in June. The strike force will coordinate efforts not only go after guns, but the source of them and those who traffic them to Chicago.

The strike forces will not bring in any additional resources, but seek to leverage existing one and better coordinate efforts across jurisdictions to track guns coming into Chicago from out of state. Still, Mayor Lori Lightfoot called it a game changer.

"If you pick up a gun, if you shoot into a crowd, not only are we going to find you, we are going to take you to federal court. We are going to ship you off to South Dakota and you will never see your family again. So, the choice is yours," she said.