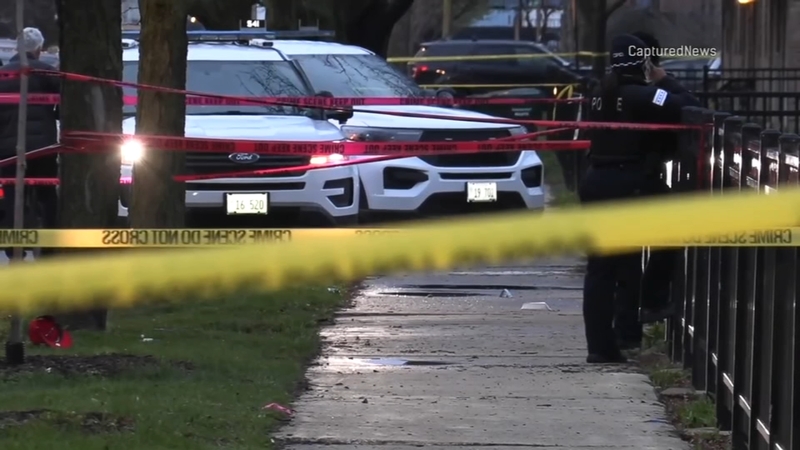 CHICAGO (WLS) -- The Civilian Office of Police Accountability provided more details Monday about what led up to a police shooting Friday night that left a man critically injured in Pullman.

COPA said CPD officers responded to the area near 11200 S. Langley Ave. for a report of a person with a gun after a dispute between two neighbors.

Chicago police officers told the suspect, who was walking a dog at the time, of the reason for their response, and asked him to lift his shirt, COPA said.

The officers saw what appeared to be the handle of a firearm and asked the man to tie up his dog, according to COPA.

The man fled a short distance before brandishing a firearm, COPA said.

Multiple officers then shot at the man, hitting him.

The Chicago Fire Department said an adult was critically injured in the shooting. They were taken to Christ Hospital.

Three weapons were recovered at the scene: two guns and a knife, police said.
People who live nearby said they heard seven to eight gunshots and then the sound of a woman screaming. That woman was a witness to the shooting, they said, not involved in it.

Anyone with information or video footage related to the incident is asked to call 312-746-3609 or visit ChicagoCOPA.org.