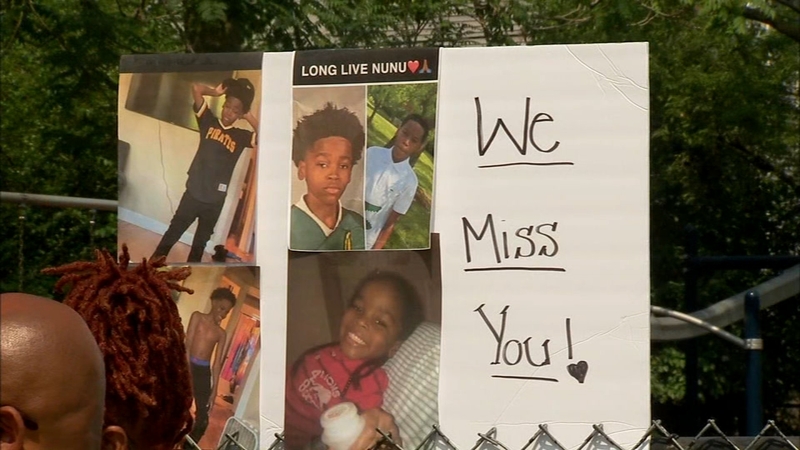 CHICAGO (WLS) -- For the third weekend in a row, children headlined the Chicago shootings victims list.

Familiar memorials went up, like one in South Austin for 7-year-old Natalia Wallace who was killed by a stray bullet in front of a home on July 4th by someone in a white car. Her parents are devastated.

"I wake up crying," said Nathan Wallace, her father. "It cuts off, thinking I'm OK, and then it's right back to crying."

"I didn't get a chance to see my daughter at all," said Michelle Rogers, Natalia's mother.

She came from Memphis, Tenn., upon learning her daughter had been gunned down.

"Something needs to happen with this case. My daughter needs justice, she really does," Rogers said.

Reginald Merrill, 33, has been charged with murder in Natalia's death. A judge denied him bond Tuesday as court heard he was the getaway driver for three others who shot up the house in the 6100-block of South Carpenter, allegedly in retaliation for another gang-related shooting on June 28.

"I am hurt by all this, like, why does every child have to die like this?" said Rogers. "Why are they getting shot up, killed? You know, just why?"
Between 6 p.m. Thursday through Sunday, 87 people were shot and 17 of them were killed, including Natalia and 14-year-old Vernado Jones.

"They are out here just shooting so they hit anybody," said Clarissa Johnson, Vernado's grandmother. "So that is terrible, it is just a waste. It is a waste that child lost his life. It was a waste."

In Englewood, friends and family of the rising Simeon freshman who loved basketball and school raised their pained voices in unison.

"You know, get to the root of what is really causing this stuff," Johnson said. "This is ridiculous, in our neighborhoods it is unsafe for a child to play and shoot firecrackers and be with this father. Man, it is terrible."