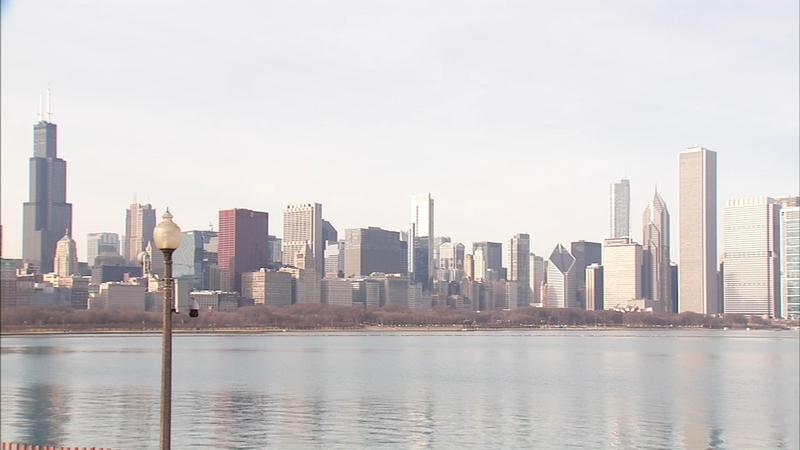 CHICAGO (WLS) -- Chicago's skyline will look a lot different in the next 10 years.

It's a skyline that is one of the world's best, which isn't a surprise, given that Chicago is the birthplace of the skyscraper and the hometown of many great architects.

With so many cranes in the air, more skyscrapers are on the way up, adding to the city's already impressive view.

"It's really exciting that we might actually be building really tall and slender skyscrapers again and that will really redefine the skyline," said Lynn Osmond, Chicago Architecture Center's president and CEO.

The redefined skyline can be seen in the Chicago Architecture's huge model of the city, which includes several new projects that are currently underway, including architect Jeanne Gang's Vista Tower.

Vista Tower, which features 101 stories, will become Chicago's third tallest building when it opens next year.

One of Chicago's two tall towers, which are currently under construction across the street from Holy Name Cathedral, will replace a footprint that was formerly a parking lot.

Overall, there are close to a dozen new skyscrapers under construction or in the planning stages across Chicago.

"Every city in the world really competes for space to be a global city, and Chicago owns that title as the city of skyscrapers, we need to continue to embrace that," Osmond said.

While Willis Tower remains Chicago's tallest skyscraper, the proposed Tribune Tower East comes in a close second. The slender, super tall skyscraper will be built next to the Chicago Tribune Tower.

The tallest and most slender skyscrapers tend to be residential.

But that's if you can afford it, living in one of the new super tall skyscrapers will be very expensive.