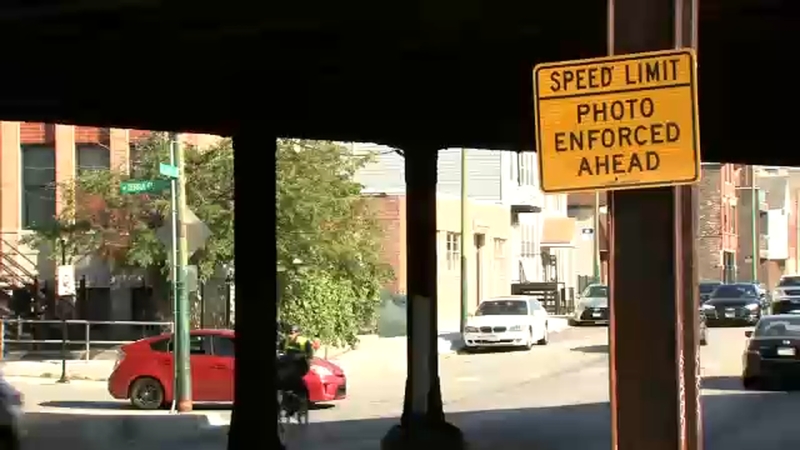 CHICAGO (WLS) -- An I-Team data investigation found that three times as many speed camera tickets have been issued so far this year compared to last year.

When city officials reduced the speed that triggers a violation, there was a speed camera ticket spike.

"I mean, it's literally just to go to my neighborhood grocery store. I have to go through four speed light speed cameras," she said.

She's far from alone. More than a million speed camera tickets have been issued so far this year. That's more than triple the number of tickets issued for the same period last year.

One of her violations was in the 500 block of East Morgan Drive. That camera has issued the most tickets in the city so far this year at almost 50,000.

Shawn Gowder got two tickets in the 800 block of East 71st Street.

"I think it's more feasible, 10 miles or more. But six miles is really not that much over," he said.

Daly Donnellan got her citations on the north side.

"I think it's a cash grab. I think it's just, six to 10 miles over. Would I get pulled over by a police officer for that? I don't believe so," Donnellan said.

The ABC 7 data team analyzed speed camera tickets issued since the law changed in March. We found that from March through September, city cameras issued more than 505,000 warnings to drivers. Those are handed out to first-time offenders or to people who violate at a camera within the first 30 days of its installation.

"It's not about public safety, it's all about a money grab," 9th Ward Alderman Anthony Beale told the I-Team.

He introduced an ordinance to go back to the original law and only ticket drivers going 10 miles per hour over the speed limit, He also questions the placement of cameras.

"One of the big placements is where you should have these cameras is put them on Lake Shore Drive. There's a lot of speeding going on expressways," he said.

Right now, the city's 162 cameras are spread throughout the city. They're only by parks, enforced during park hours; and by school zones, enforced from 7 a.m. to 7 p.m. on school days.

"I think it's good in some ways and in some ways, it's not," says Marlene Stewart. "I live on this corner and I think it stops people from running into my house because they slow down."

City officials declined an on-camera interview but said safety studies justify the use and placement of speed cameras. They said there's been a reduction in crashes near speed cameras but they have not measured the impact of the new speed reduction rule.

"I think that it's a serious overreach whenever you are charging citizens, especially during this pandemic time. A lot of people don't have money or jobs," Gowder said.

The I-Team also found that the number of tickets for people driving 10 miles per hour over the speed limit has actually dropped. Roughly 70,000 fewer of those tickets have been issued this year when compared to the same time last year. That could show that overall, drivers are slowing down.