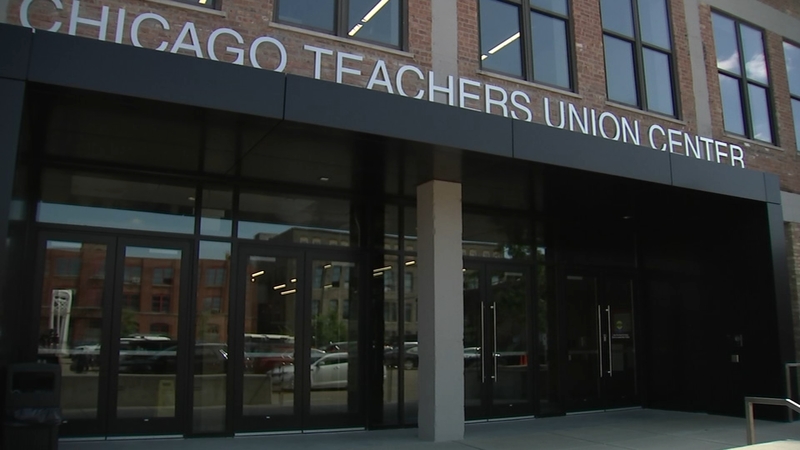 CHICAGO (WLS) -- Classes have just begun at Chicago Public Schools, but teachers are still battling for a contract deal.

The Chicago Teachers Union has set a date for a strike authorization vote despite a deal being offered by the city. They said the two sides are far from an agreement.

A pile of informational fliers and posters sit inside the Chicago Teachers Union headquarters as CTU members gear up to pass them out at schools Friday. The union is trying to gain support for a strike if their contract demands are not met.

Teachers said they are one step closer to a possible strike after they set September 26 for the authorization vote.

"If that is what it takes to get a fair settlement. That is what is going to have to happen, then as long as we explain that to the public, the public will support. It," said CTU President Jesse Sharkey.

However, Mayor Lori Lightfoot said she believes it's going to take a lot of explaining, especially with what she calls a very generous offer from the city.

The offer includes a 16 percent raise over five years.

"I'm hearing from teachers and other support personnel across the city when they are learning about the offer. I think there is a lot of support out there to get the deal done and we should get it done," Mayor Lightfoot said.

With both sides at the negotiating table, Lightfoot said there is no reason to disrupt school with a strike. Teachers are holding out for a written commitment from CPS. They want smaller classroom sizes, more nurses, librarians and social workers, however, labor experts said CTU does not have the legal right to strike on support staff issues.

"There could be memorandums of understanding," said UIC Labor Professor Bob Bruno, "there could be side letters that the parties agree would be subject to enforcement."

The union said a written promise over a verbal one is necessary because it does not trust CPS to follow through.