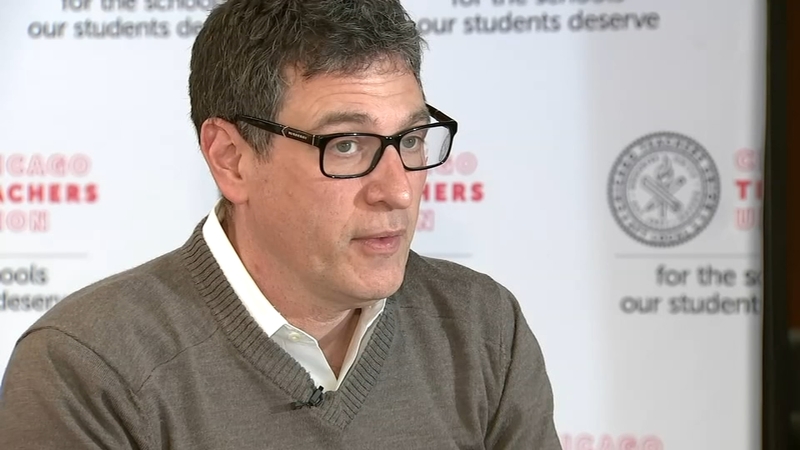 CHICAGO (WLS) -- Chicago Teachers Union President Jesse Sharkey will be returning his full attention to the classroom after announcing he will not seek re-election in the union.

Sharkey has been instrumental in building a movement that turned the CTU into a political powerhouse. For more than a decade he served union leadership roles. He was vice president to the late Karen Lewis and then became president in 2018. The former social studies teacher now says it's time to return to the classroom.


"It's a difficult job. It takes wear and tear. I've been doing it for a long and I'm ready to move on," Sharkey said.

He feels comfortable moving on with a list of accomplishments, including pension funding, bargaining rights, unionization of charter schools, an elected school board and social justice issues that have become the core of the union's cause.

"We put in contract provisions for enforceable class size, for nurses and clinicians in every school by the end of the contract," He said.

But he admits his fight came with a cost.

"We struck in '12, there was a one day strike in '16 over funding, and there have been job actions around COVID," he said.

Many thought the job actions went too far and were disruptive to education, including Members First candidate Mary Esposito-Usterbowski, who is running for CTU president against current vice president Stacey Davis Gates.


"As Members First we want to work towards working with all stakeholders before we get to a strike," Esposito-Usterbowski said.

But labor experts say the job actions were successful.

"I think you can make the strong argument and that there was a positive outcome and that outcome would not have occurred without that action," said Bob Bruno, University of Illinois labor professor.

Sharkey's union also lost a few fights, including the closing of 50 schools.