Chicago area traffic picks up with more people on the roads, IDOT says 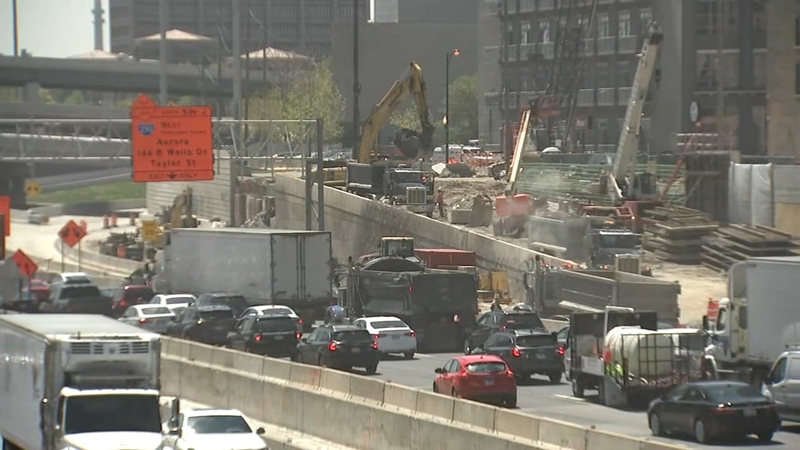 Traffic picks up with more people on the roads, IDOT says

CHICAGO (WLS) -- The traffic in the past couple weeks has been just as heavy as before the COVID-19 pandemic, if not worse.

Traffic patterns are changing once again with more company on the roads and much higher travel times.

"Looking at, comparing April of this year to April of last year, there's definitely been an increase, in some cases almost double. Now, looking further back to comparing to this year to 2019, we're not quite there. We're still about 10 minutes short of the average morning rush hour times in. However, it's gradually, you know, bumping up there," said Maria Castaneda, Illinois Department of Transportation spokesperson.

Comparing the number of trips in just the last four months to pre-COVID-19 levels, January still had 35% fewer trips, 28% less in February, 14% less in March and only 6% fewer trips in April.

As changes to roads continue, IDOT is concerned as people head back to work and many have not been on the expressways in over a year.

It is also a big construction season on the tollways. The most impact will be felt on I-294.

The Central Tri-State reconstruction and widening from Balmoral to 95th already has several work zones in place with narrow lanes and changing configurations. This includes the Mile Long Bridge. This year the new southbound will be built.

It is essential driving through construction and pay attention.