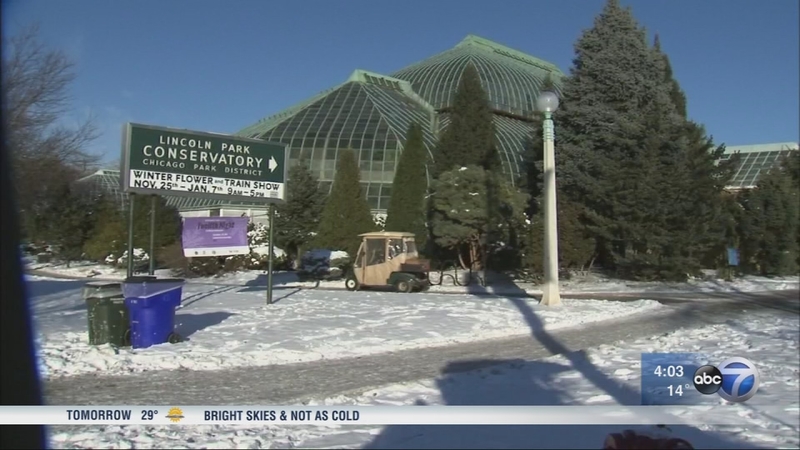 CHICAGO (WLS) -- The Chicago area experienced near-record cold Monday morning as many made their way in to work.

The temperature got as low as -13 at O'Hare Airport, near the record for December 19 of -14, set in 1983. Temperatures began to rise once the sun came up, climbing into double digits in the afternoon. A Wind Chill Advisory was in effect until 10 a.m. because of wind chills as low as -30.

And while Chicago Public Schools remained open Monday, about 270 area schools were closed, prompting some parents to bundle up their kids and bring them downtown for some indoor fun at the city's museums. With its tropical environment, the Lincoln Park Conservatory was - not surprisingly - packed with folks seeking a break from the cold.

"The school did get cancelled. I think the main reason was the transportation department didn't want to pick up the kids from the bus stop," said Verity Cusik, a parent. 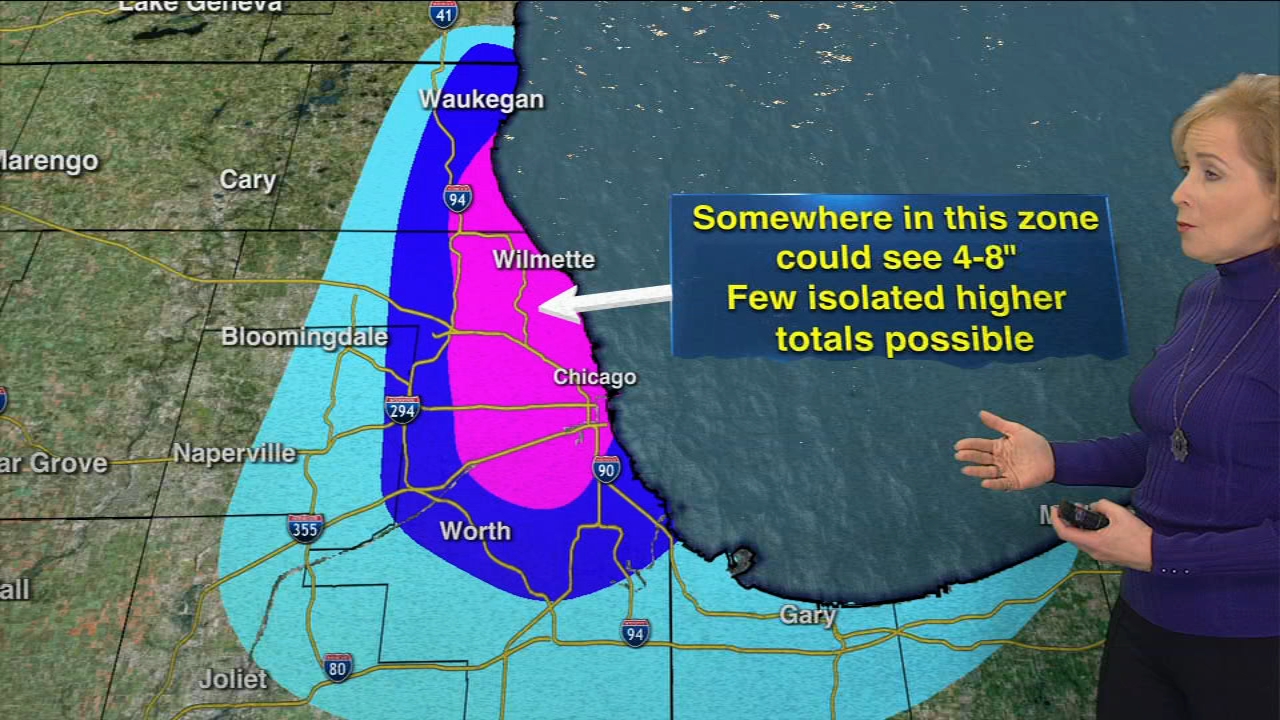 ABC7 AccuWeather Forecast
Friday is an AccuWeather Alert Day, with heavy lake effect snow expected overnight. A Winter Storm Warning is in effect for some areas until noon.

Checking in on the elderly is vital this time of year. At every one of the CHA's 43 properties, management sends up teams to conduct well-being checks three times a day. It's a service the residents appreciate.

"We need that. Because there's a lot of elderly that need to be checked on," said Audrey Walker, a CHA resident.

At Chicago's airports, 65 flights were cancelled at O'Hare and one at Midway as of 10:20 a.m. Monday. Some United Airlines flights at O'Hare were experiencing delays because of refueling issues, but other airlines were not affected.

For commuters heading into work, the only option was to bundle up and deal with it. The frigid temperatures can make everything so much more challenging.

"Takes longer to put your boots on, longer to get ready," said commuter Judy Mundt.

It's a challenge for people to move around and apparently, for the trains too. By 9 a.m., nearly every single Metra line was running late because of weather problems, leaving riders waiting in the subzero cold.

"It's winter in Chicago, and I've lived here my whole, and it's winter. You just bundle up and make the best of it," Metra rider Peter Gray said.

"In the winter when it becomes very, very frigid cold, the rail actually can pull itself apart. There's that much force on the rail. If you get a break in a rail, it's going to throw your signal system and affect switches because it puts everything to red. And that's what it was this morning, more of rail breaks in a couple different locations," Orseno said.

In this type of extreme cold, Metra says passengers should arrive early and sign up for email alerts on Metra's website. You can also track trains on the Ventra app.

"I feel like it's kind of been a pretty heavy winter. So I feel like we've gotten so much earlier than what we're used to. Normally we don't see this until February or March, and I they're handling it pretty well," said Devon Dupuy, a Metra rider.

"We try to make sure we address those as quick as we can. We let people know what's going on, and we want to make sure we're operating the safest railroad we can operate," Orseno said.

Metra said problems can compound with each consecutive day of extreme cold. By Monday evening, trains were running on time for the most part.