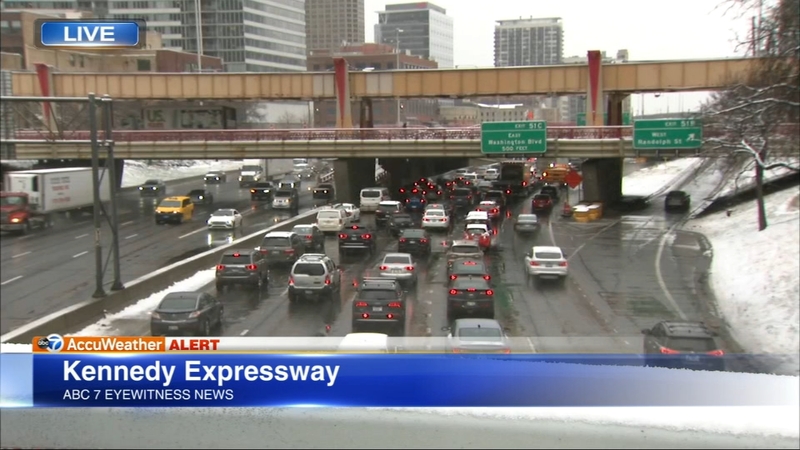 Snow accumulation up to 4 inches Monday

CHICAGO (WLS) -- Another short blast of snow blanketed the Chicago area in white on Monday.

Snow began falling shortly after noon for most of the area, and lasted until the 6 p.m. hour in the northern and northwestern suburbs,

A wintry mix could make for a messy afternoon and evening in Chicago.

Light precipitation and drizzle will linger for the rest of evening into the early overnight hours and then stop, according to ABC7 Meteorologist Larry Mowry. Temperatures remain right around freezing, so not much ice is expected to develop, especially on treated roadways, so lick spots on roads should stay isolated.

Most areas saw a dusting to about 2 inches of snow. There were some scattered reports of more than 2 inches falling.

Salt spreaders will plow arterial routes and Lake Shore Drive, and will move to residential streets when the snow stops falling, she said.