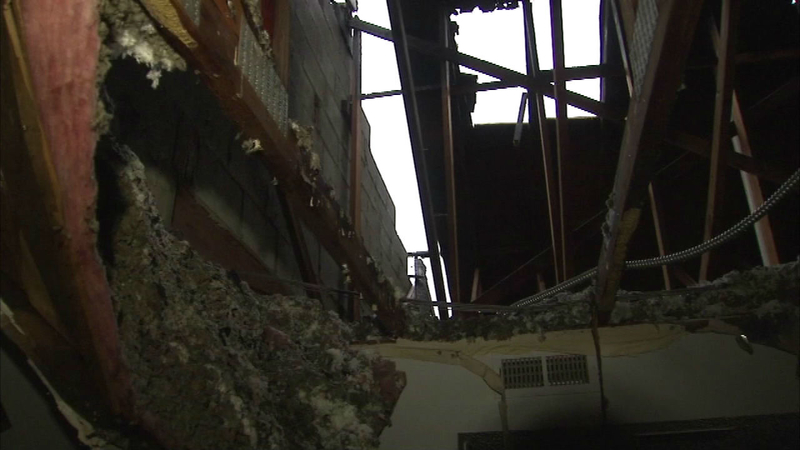 Lightning struck an apartment building in suburban Woodridge, leaving a gaping hole in the roof. Half a dozen people were home at the time. No one was hurt, but multiple units in the building are now uninhabitable. 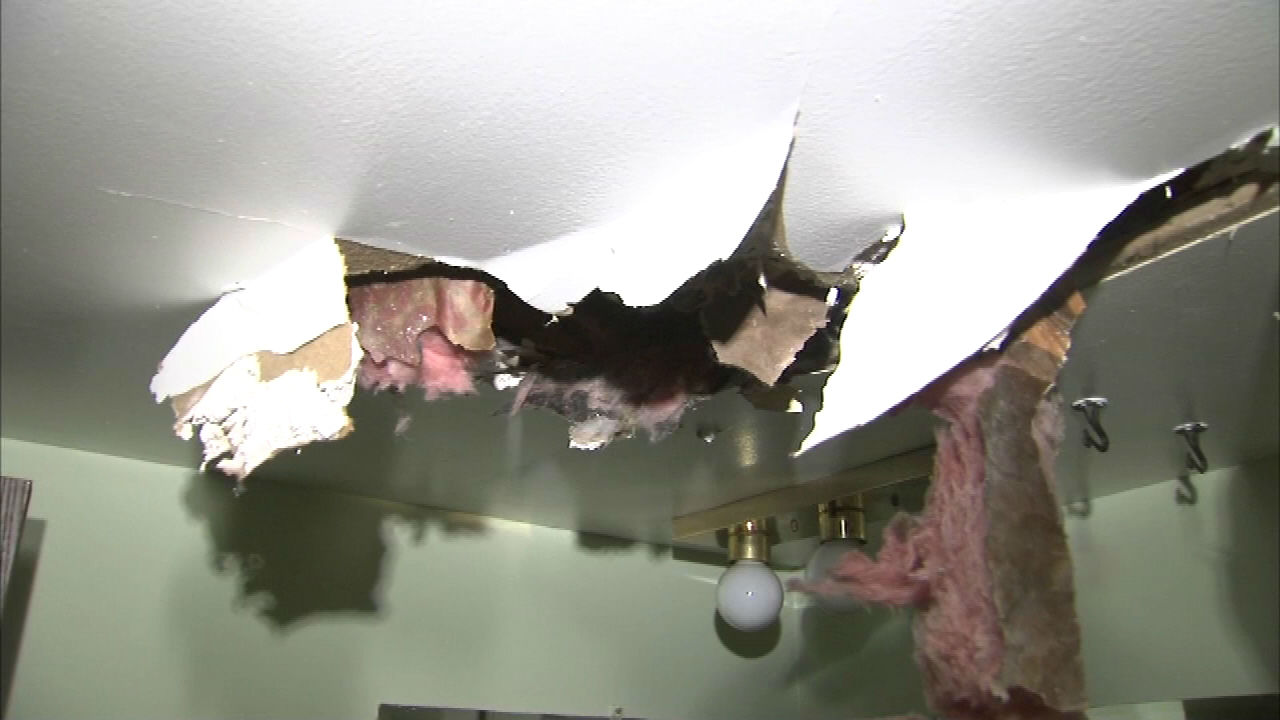 The fire started a little before 6 p.m. as rain and lightning rolled into Woodridge. Schottenhamel lives on the upper floor of the eight-unit building.

"All of a sudden, there was a big loud noise, and sparks shot from my balcony like it was Fourth of July," Schottenhamel said.

This is actually the second time this building has been hit by lightning. Residents say it happened a couple of years ago and caused minor damage.

While most of the storms were not severe, ABC7 Chief Meteorologist Jerry Taft said some areas 1 to 2 inches of rain.

In northwest suburban Niles, standing water was reported on many streets and a large tree limb was brought down by high winds.

More than 100 flights were canceled at O'Hare Aiport Friday night, and delays averaged an hour. Minor delays were reported at Midway.

After Friday, which is expected to be the warmest day in Chicago for the next week, temperatures will drop to the 70s and into the low 60s next week.

Saturday's high, around 70 degrees, is likely to occur early in the day. Temperatures are expected to fall through the afternoon, Taft said. Cloudy skies and some showers will make for a gloomy day.

Conditions are expected to be dry Sunday morning. The chance for showers will increase during the afternoon and thunderstorms are likely in the evening on Mother's Day.

Taft said there is potential for severe weather on Monday, when a cold front is expected to move in.