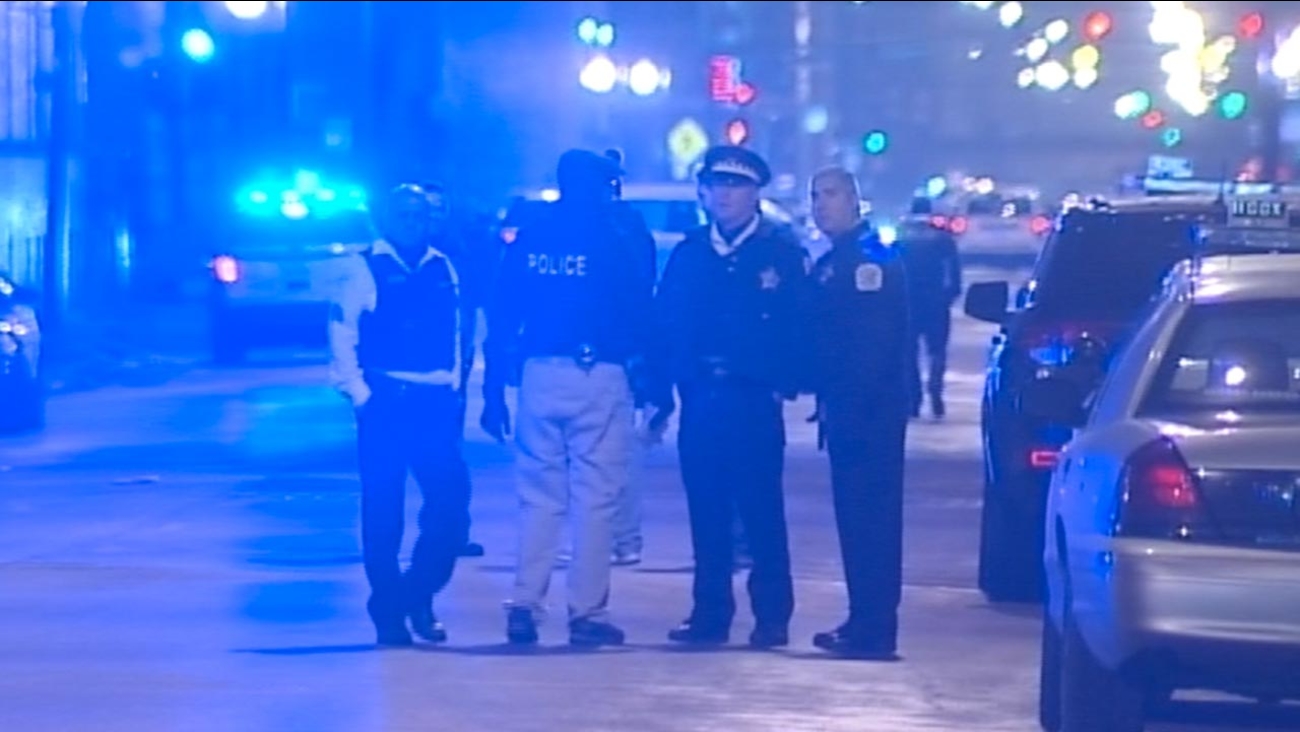 CHICAGO -- At least 21 people were shot across the city from Friday evening to Saturday morning, leaving seven dead, according to Chicago police.

The weekend's latest homicide happened Saturday morning in the Little Village neighborhood on the Southwest Side.

About 7 a.m., officers responding to reports of shots fired in the 2600-block of West 23rd found the 26-year-old man unresponsive with a gunshot wound, according to police. He was taken to Mount Sinai Hospital, where he was pronounced dead, police said.

Officers also saw a vehicle drive away from the scene, police said. When they attempted to pull it over, the driver threw a gun out the window. The two occupants of the vehicle were taken into custody and were being questioned by Area Central detectives Saturday morning.

Several hours earlier, a man was shot to death in the South Side Woodlawn neighborhood. A vehicle pulled up to the 26-year-old man about 4:30 a.m. in the 6100-block of South Rhodes, and someone inside shot him in the neck. He was taken to the University of Chicago Medical Center, where he died, police said.

Friday night, another 26-year-old man was slain in West Rogers Park on the North Side. He was outside in the 6000-block of North Talman when a group of people walked up and fired shots, hitting him in the chest, police said. He was taken to Saint Francis Hospital in Evanston, where he was pronounced dead at 9:35 p.m., authorities said.

About 8:15 p.m., a mass shooting in the East Garfield Park neighborhood on the West Side left one person dead and six more wounded.

They were standing together in the 3300-block of West Maypole when someone in a black vehicle going east opened fire, police said. Three men - ages 26, 27, 34 - took themselves to Mount Sinai Hospital in good condition with gunshot wounds to the arms and legs. A 30-year-old man was taken with them and was later pronounced dead.

More West Side gunfire about 15 minutes earlier left two men, ages 18 and 20, dead in Austin. They were standing by a parked car in the 5500-block of West Congress Parkway about 8 p.m. when a gray car drove up and someone inside opened fire, hitting the younger man in the head and the older man repeatedly. They were pronounced dead at Stroger, police said.

About 6:45 p.m., an 18-year-old man was gunned down in a gangway in the 4500 block of West Maypole in a West Garfield Park neighborhood drive-by attack. He died at the scene of a gunshot wound to the chest, police said.

The Cook County medical examiner's office has not released any of the victims' names.

The most recent nonfatal shooting happened about 5:30 a.m. in the Ashburn neighborhood on the Southwest Side, where officers found a 37-year-old man shot in the back in the 7800-block of South Sawyer, according to police. He was taken in critical condition to Christ Medical Center in Oak Lawn.

About half an hour earlier, a man was dropped off at a hospital after he was shot in the Little Village neighborhood. The 25-year-old was dropped off at Mount Sinai Hospital about 5 a.m. with a gunshot wound to the head,police said. His condition was stabilized. He told investigators he was shot in the 3600-block of West 31st Street, but was otherwise being uncooperative with investigators.