Our Chicago: Tips for women on personal finance and working in trades 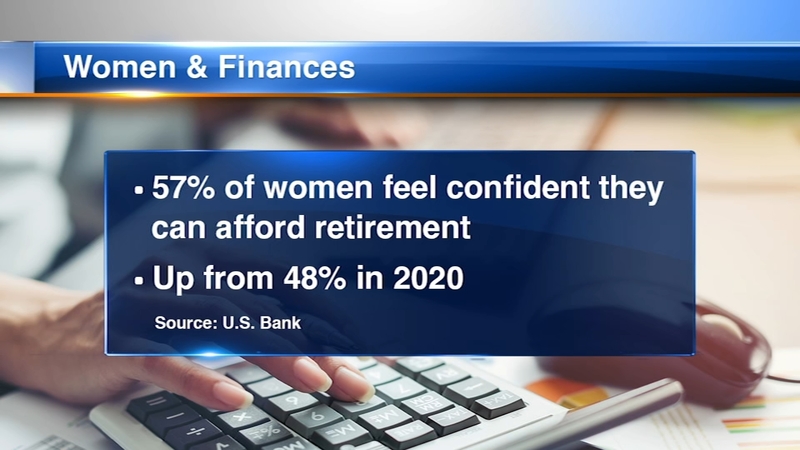 CHICAGO (WLS) -- Up until the passage of the Equal Credit Opportunity Act in the 1970s, a woman's credit application could be denied if her husband didn't co-sign.

Since then, women have become breadwinners, investors and more certain about managing their finances.

New research by US Bank found that over the last two years, the percentage of women who feel confident they can afford retirement has grown to 57% compared to 48% in 2020.

But women do have their own financial needs and concerns.

"Women have over time not made nearly as much money as men. Yet on average, they live longer than men by an average of nearly five years," said Bartlett Wealth Management CFA, Director and Senior Portfolio Manager Krista Linn. "So we look at it as it's a far more complicated process and the financial planning becomes not only just a learning experience but we have to make sure that the income that they have lives as long as they do."

"We find that women come to us in the planning process and they're not only concerned about their own needs but they're concerned about their parents and the cost of aging in this country. And the healthcare costs. And they're concerned about their own needs. And insurance costs. And they may come to us and talk about their children and the debt levels that their kids have and how they can handle that," Linn said. "They also worry about college costs for their grandchildren. They also have questions about charitable contributions or ESG investing: Environmental, Social and Corporate Governance. You know, they want to know that their portfolios are being managed with their values."

Chicago Women In Trades Marketing and Communication Director Sharon Latson-Flemister joined ABC7 to discuss how women can benefit from working in trades.

For our second half, we spoke with Chicago Women In Trades Marketing and Communication Director Sharon Latson-Flemister. It's a non-profit that works to ensure that women who want a career in the trades can have one. She told us some of the top ones that women are interested in include electricians, carpenters, iron workers and pipefitters. But according to Chicago Women in Trades, women make up just 3% of the 220,000 people in Illinois who work in the trades. She said being that it is a career path, there are certain benefits women who work in the trades can receive.

"Some women just don't know that this is a career path," said Latson-Flemister. "The healthcare that you receive, the pension plans and this is really a career."

But she said it's not for everyone.