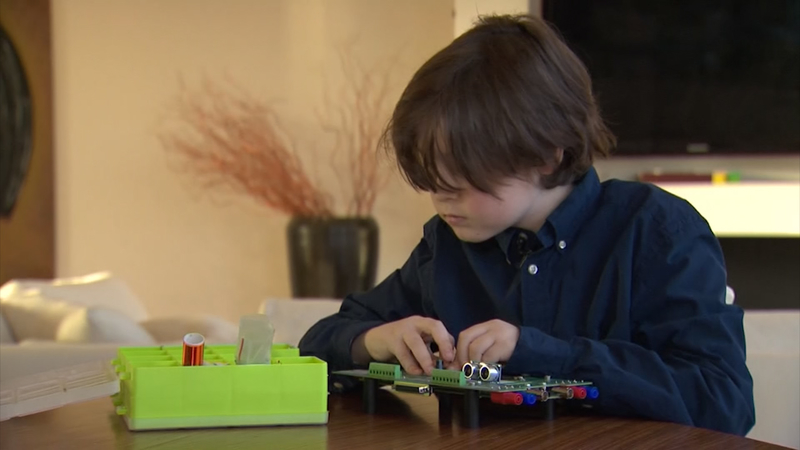 9-year-old on track to graduate from university in December

Laurent, 9, made world headlines in November when news emerged that he was due to finish his studies in electrical engineering at the Eindhoven University of Technology (TUE) in the Netherlands in December.

Now, a dispute between TUE and the Simons family has seen Laurent terminate his studies without graduating.

TUE said it had recommended Laurent finish his studies by mid-2020, rather than at the end of December, because of the number of exams he still has to pass.

"This would still be, in every way, a phenomenally fast schedule," the university said in a statement sent to CNN.

TUE said Laurent's father, Alexander Simons, had "repeated his explicit wish that his son should obtain his bachelor degree at the age of 9, which means that Laurent must successfully complete his bachelor within ten months for a study that normally lasts three years."

However, Alexander told CNN that there had previously been no issue with the accelerated timetable.

Ultimately, he said, the family decided Laurent would leave TUE as he had received an offer to study for a doctorate at a university in the United States, and wouldn't be able to split his time between the two institutions.

"Sometimes you have to make choices," Alexander told CNN in reference to the decision.

"If he lets it go, you never know if he will get that opportunity again."

Alexander suggested that TUE's move to delay Laurent's studies is linked to the family's decision to move to a different university to study for his PhD.

"The way they treat things, it's not correct," he said. "Laurent is not their belonging."

In response, Ivo Jongsma, a spokesman for TUE, told CNN: "We never try to keep our students to ourselves. It would never be a motivation to frustrate somebody." He said the Simons had been open about Laurent's plan eventually to study in the US.

TUE said in its statement that it was "regrettable" that the Simons had rejected the new timetable.

"His supervisors enjoyed working with him, not only because of his enormous talent, but also because he is a very kindhearted and inquisitive boy," the university said.

"The door is therefore still open for him to resume the study as long as the conditions remain realistic."

The family has not yet fixed a start date at the US university, where Laurent will study for a PhD in electrical engineering.

Alexander declined to name the institution, citing a family decision to reveal Laurent's progress only at the end of any given course.

"We don't want to have pressure on him," he said.