A 2-year-old in a hot car was extremely sweating and screaming when a group of bystanders worked together to break a window and free the toddler, police said.

MERRIAM, Kan. -- A 2-year-old was "screaming and extremely sweaty" when a group of people in Merriam, Kan. were able to free her from a hot car Saturday afternoon, police said. A bystander caught part of the group's efforts on video.

In the video, Sarah Oropeza can be seen trying to break the window of the car. Oropeza wrote on Facebook that she was working nearby when an employee alerted her that there was a child trapped in a hot car in the parking lot. Oropeza went outside and tried to break open the window. She called on other bystanders to bring objects to try to break the window, and one woman was eventually able to do it.

"NEVER in my life would I ever imagine seeing a child drenched in sweat locked in a car," she wrote. "It was the scariest moment of my life."

After the child was free, a nurse attended to the little girl, Oropeza wrote.

Merriam Kansas Police said they were alerted to the situation by a concerned citizen, and the child was already out by the time they arrived on scene.

The two adults who were watching the child told police she had been alone for about four minutes. Police said the temperature was 91 degrees with a heat index of 101 degrees.

Heatstroke is the leading cause of non-crash-related fatalities for children 14 and younger, according to the National Highway Traffic Safety Administration. The temperature inside a car can be dangerously hot, even if the outside temperature feels relatively cool.

The case has been sent to the Johnson County District Attorney's Office for charging, police said. 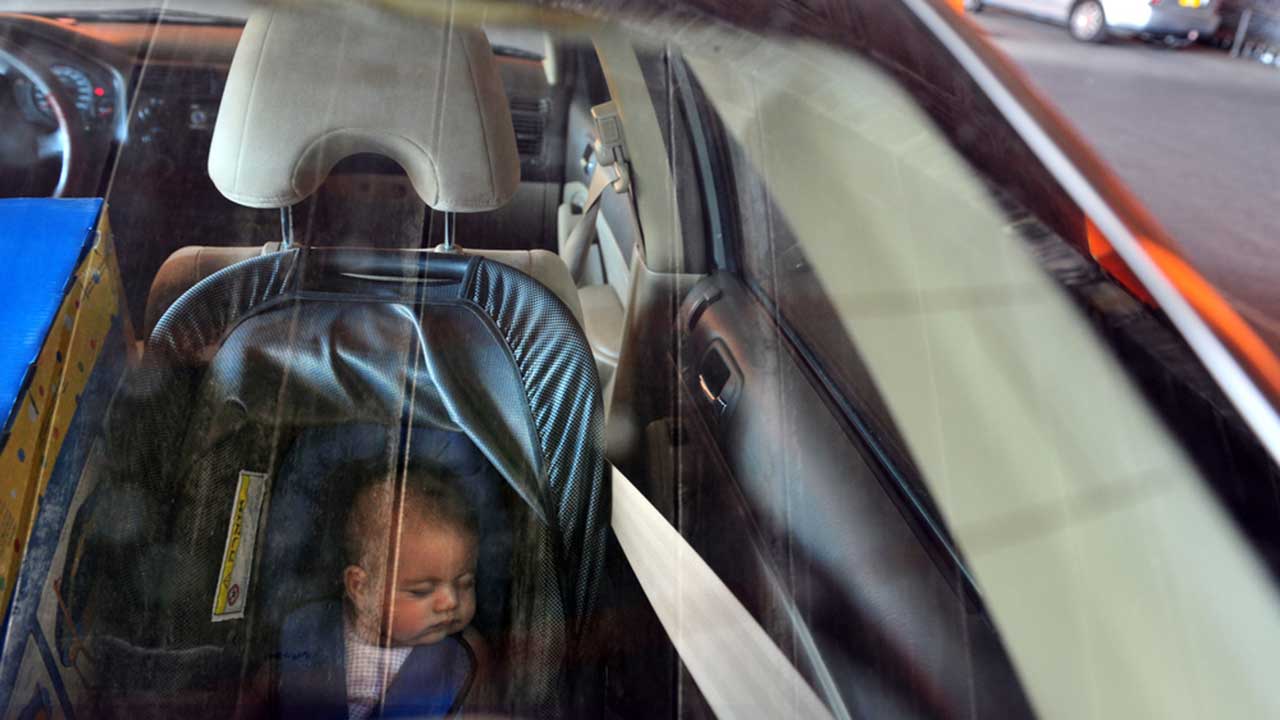