Boy, 4, critically injured after being struck by car in South Shore 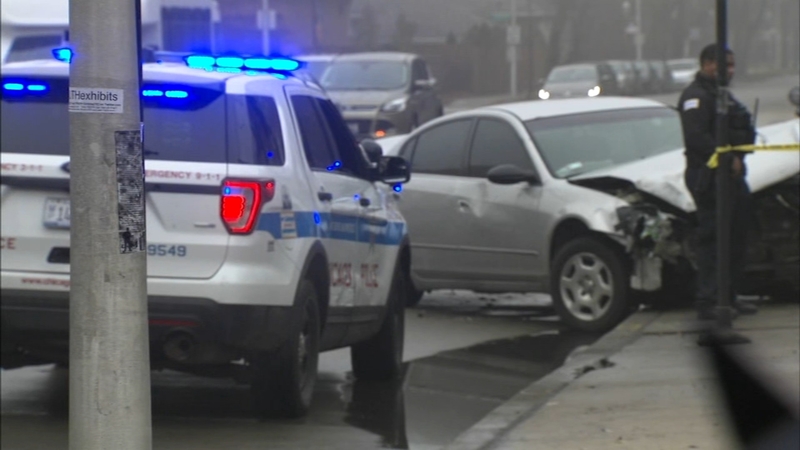 Boy, 4, critically injured after being struck by car in South Shore

CHICAGO (WLS) -- A four-year-old boy who was standing on a sidewalk with his mother was critically injured in a multi-vehicle crash in the South Shore neighborhood Friday morning, Chicago police said.

Police said the crash occurred in the 6700-block of South Jeffery Avenue at about 8:45 a.m., police said.

Witnesses said a Nissan going east on 67th Street went through a red light, clipped another car and crashed into another vehicle.

"I had the green light and I saw him out of the corner of my eye, that he wasn't going to be able to stop. I cut a hard right to try to get as far away as I could, so that's why he only clipped the front of my van and bounced off my van into the other car," said Michael Williams, whose car was clipped.

The second vehicle then struck a four-year-old boy and his mother, who were on a sidewalk walking to school.

"I saw a woman running. I thought she was trying to avoid the debris. She kept running and when she bent down to pick something up I thought it was a backpack or something, but it was a baby," said Jean Marc Lacombe, witness.

"He twisted in the air at least three times before he hit the ground," Williams said. "He was bleeding from his mouth. He had a contusion in his head and he was unconscious when I reached him."

"Everybody was running to help her. She was crying for help. My wife got out the car and tried to assist her," Lacombe added.

Witnesses said the crash could have been avoided if the driver responsible had been paying attention to the road.

"Goes to show you not to go through the green light without making sure their cars are stopped or not approaching the red light too fast, because you never know. You can't put your trust in people all the time if you are behind the wheel," Lacombe said.