Police: Mom left child in dumpster for hours after evening at spa 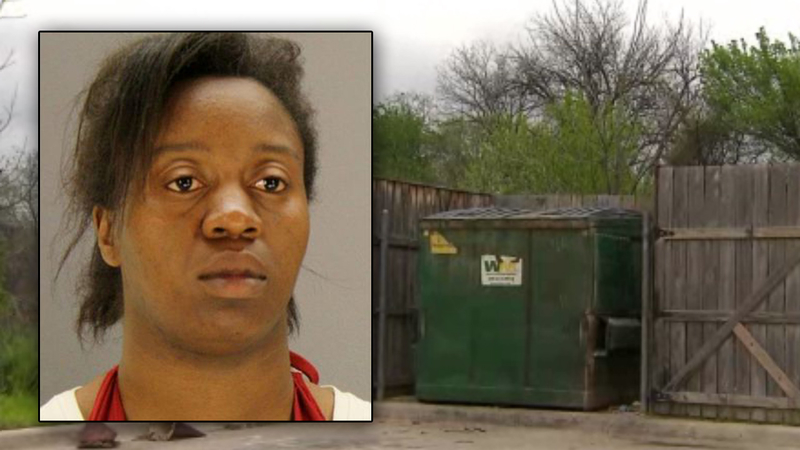 DALLAS -- A mother has been charged with leaving her 7-year-old daughter to sleep overnight in a trash bin outside a spa in Dallas, police said.

Alicia Carroll of Garland was being held in the Dallas County jail Tuesday on charges of abandoning and endangering a child. Bond for the 28-year-old woman was set at $25,000. A message left with her attorney was not returned.

According to the Dallas Morning News, Carroll arrived at the 24-hour spa in northwest Dallas with her daughter, a friend and boyfriend just after 5:00pm. Spa employees say the mother seemed affectionate.

"One of our employees remembered they hugged a lot each other and the mother and daughter seemed to have a happy, good relationship," spa manager Hyun Kim told Dallas TV station KTVT.

Spa employees later discovered the group had brought a bottle of liquor with them and told them to leave. Surveillance footage shows Carroll leaving the spa with her daughter around 9:20pm. An arrest warrant affidavit says once outside, Carroll began to run, telling her daughter the police were after them and climbed into a garbage bin with her daughter to hide. The young girl then fell asleep.

When the 7-year-old awoke 10 hours later, she realized her mother was no longer there. She climbed out and walked back to the spa where police officers found her hungry, thirsty, and with scrapes and cuts on her arms and legs.

"She wakes up and her mother is gone and she's in a dumpster," Dallas police Maj. Rob Sherwin said told the paper. "It's a 7-year-old. It's a very unusual case. I think we're all kind of shocked."

"You can imagine the level of intoxication you have to be to crawl into a dumpster thinking the police are after you, when police would probably make sure you got home ... safely," Sherwin told the Dallas Morning News. "I can only imagine what that level of intoxication is, but it doesn't excuse her actions."

The girl was examined at a hospital and released to a family member. The case has been referred to Child Protective Services.