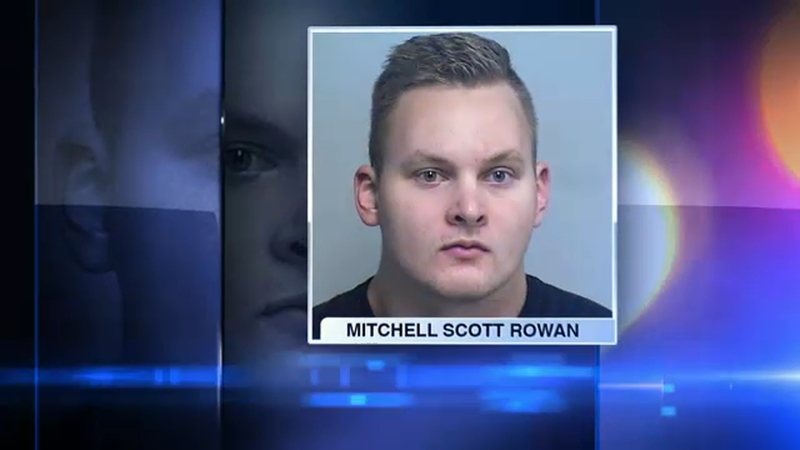 GURNEE, Ill. (WLS) -- An advisor to a police program that helps young adults in Gurnee has been arrested and charged with possession of child pornography, police said.

Gurnee police said on March 6 one of the Gurnee Police Explorers told a supervisor Mitchell Rowan, 23, of Beach Park had been sending inappropriate messages to minors via text and through social media. The supervisor then reported the allegations to police, who began a criminal investigation.

Rowan was fired from his position and Gurnee Police Chief met with members of the Gurnee Police Explorer Post and their parents as part of the ongoing investigation.

Gurnee police and Lake County investigators carried out a six month long investigation of Rowan's phone, computer and social media accounts, which yielded a terabyte of data, or about 14,000 pages.

"It was serious, I mean when we first heard the information we were shocked. Certainly it wasn't something we expected. All of our staff goes through youth training so they know right from wrong, they know what they can and cannot do," said Police Chief.

Police said the victims were 16 years old and members of the Gurnee Explorer Post. Their names are being withheld.