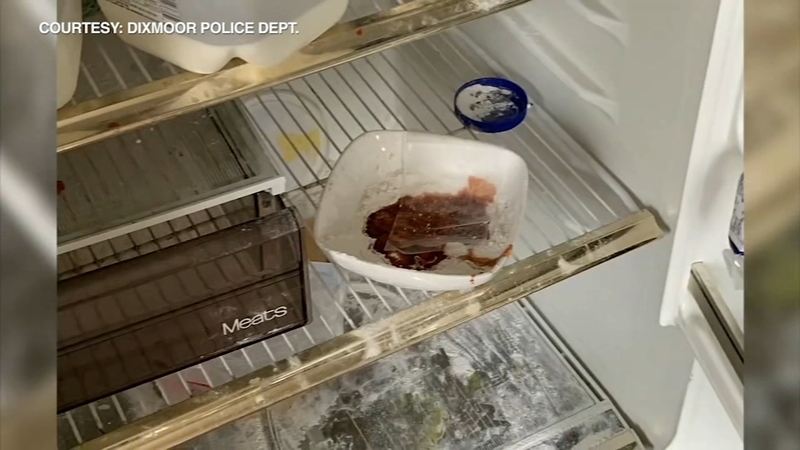 DIXMOOR, Ill. (WLS) -- About a dozen young children, including a 2-year-old, and an elderly woman were found Monday afternoon living in squalor in a house in south suburban Dixmoor, police said.

Police removed the children and woman from the house. The elderly woman's daughter and another woman were in custody late Monday with charges pending, police said. Four of the children were released to their parents.

Photos taken by police show a nearly empty fridge, food remains on the stove, molding appliances, holes in the wall and bare mattresses on the floor.

"I can't even imagine anyone living like this," said Dixmoor Police Chief Ron Burge. He called the conditions "deplorable."

The elderly woman, who had two-inch long fingernails that were curved over, did not appear to be taken care of, Burge said.

The children were found sitting on the floor and unattended.

Investigators did not immediately know if the children were related, who their parents are, and who even lived at the home.

"There were probably 6 kids inside the house, some more walking up as we were at the location, trying to enter the location and there were some more," Burge said.

However, Burge said DCFS did not respond. After waiting for three hours, police removed the children themselves.