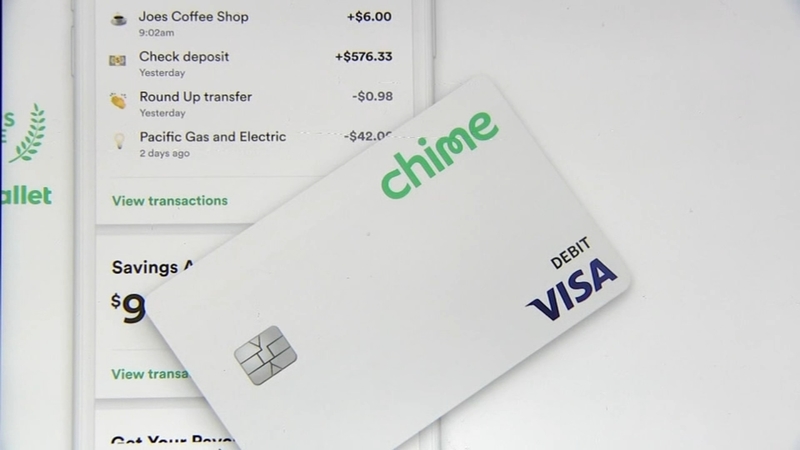 CHICAGO (WLS) -- Bank accounts are being emptied out. The I-Team is getting more complaints from consumers of a popular online bank who say criminals hacked their accounts.

The scammers are pretending to be from the real bank. Now, the I-Team is now finding that thieves could be reaching out to bank customers directly in a phishing scheme.

Two local women turned to the I-Team after they said large amounts of cash were syphoned from their online bank accounts.

Corinne Dickholtz of Schiller Park said she got a text, then call, from a phone number identified as Chime Bank. She thought they were real warnings about activity on her account.

"They had my full social, they had my full credit card number, my home address, my email," she said. "It's like someone from inside Chime was actually calling, with all of this information."

But it wasn't Chime.

"They had asked me for a security code that was texted to me and when I refused, they hung up," explains Dickholtz.

Chime's website also shows examples of fake texts as a warning of what to avoid and saying those texts and calls can come from "a fake Chime support number" pretending to be a member services agent. The fraudsters say your account was compromised and then they try to fool you into giving them your account information.

Dickholtz didn't fall for it and she called the real Chime bank. She says Chime told her they'd block her account for safety.

"When they blocked my account, I thought everything was taken care of. No worries, nothing was withdrawn from my account," Dickholtz said. "Less than 12 hours later, I woke up in the morning and my account just completely drained."

Even though Dickholtz said she never gave scammers any information, she says she still lost $250 out of her account.

However, Chime later refunded her the $250 after she told them the I-Team was investigating.

"I'm a struggling single mom, so I mean, I don't have any income," she said.

"I got a text message saying that my email address has been changed and my phone number have been changed from Chime. And I didn't do it," she said.

Rembis said she never gave the scammers the information and called the real Chime. She says the bank said it would close her account for safety.

However, she said a total of $5,100 was moved from her savings to her checking account and then stolen.

Rembis filed a dispute form with Chime along with a police and FBI report.

The mother of 12 children said that money is supposed to be for a down payment on a family home.

"I have probably gotten eight hours of sleep in the last week. And I just can't believe it. You know, we made so many sacrifices to save. That's a lot of money for us," explained Rembis.

After several weeks of waiting and disputing the matter, Rembis got her money back after the I-Team supplied Chime with Rembis' case information.

Chime said it couldn't "disclose information about our individual members" concerning both consumers, but said Chime takes the matters seriously and that it's investigating "reported situations and working to resolve issues impacting our members."

Rembis, who lives in Kentucky, reached out to us after finding a September I-Team report online.

We talked to two Chime consumers who claimed large amounts of money were mysteriously transferred out of their accounts.

After we reached out, Chime refunded one consumer but told the other that the transfers came from a Chicago IP address which matched her residence. Although, that consumer contends she was hacked and doesn't know the person to whom her money was transferred.