China denies testing a nuclear-capable hypersonic missile, says it was a spacecraft 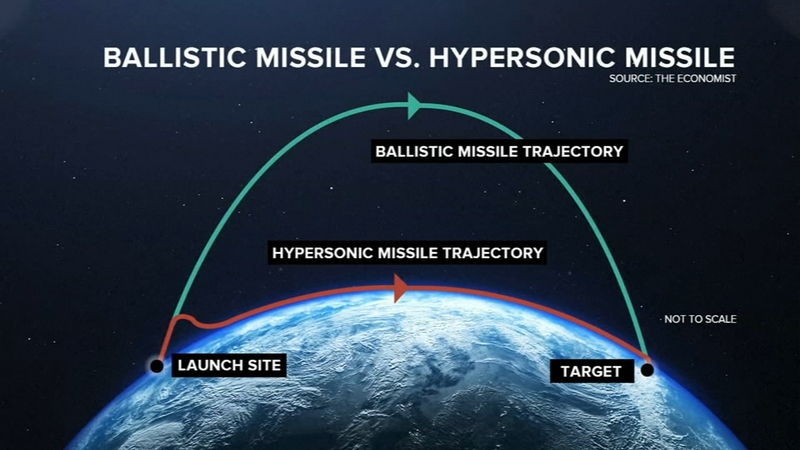 BEIJING -- China has denied a report that it tested a nuclear-capable hypersonic missile in August, saying on Monday that the test was instead a "routine spacecraft experiment."

The Financial Times reported Sunday that "China tested a nuclear-capable hypersonic missile in August that circled the globe before speeding towards its target, demonstrating an advanced space capability that caught US intelligence by surprise." The report cited unnamed sources "briefed on the intelligence."

When asked about the report at a regular press briefing Monday, China's Ministry of Foreign Affairs spokesperson Zhao Lijian said the August test was "a spacecraft, not a missile."

"This test was a routine spacecraft experiment to verify the reusable technology of spacecraft, which is of great significance for reducing the cost of spacecraft use. It can provide a convenient and cheap way for humans to use space peacefully. Many companies in the world have carried out similar experiments," Zhao said.

He said that "what separated from the spacecraft before returning was the supporting equipment of the spacecraft, which was burned and disintegrated in the process of falling into the atmosphere and landed on the high seas."

"China will work together with other countries in the world to benefit mankind in the peaceful use of space," he said.

Responding to the FT's report, Mike Gallagher, a Republican member of the US House Armed Services Committee, said the alleged hypersonic missile test should "serve as a call to action."

Gallagher said America could "lose the new Cold War with Communist China within the decade" if the Biden administration sticks to its "current complacent course."

The US is engaged in a race with China and Russia to develop hypersonic weapons at a time of increased global tensions.

Hypersonic missiles are designed to travel at a such a high speed that they can fly great distances and move quickly through heavily defended airspace to attack targets such as harbors, airfields and other installations before they can be successfully shot down.

China first tested a hypersonic missile in 2014 and Russia in 2016.

China's hypersonic glide vehicle, known as DF-ZF, has been tested at least nine times since 2014, according to the Congressional Research Service (CRS).