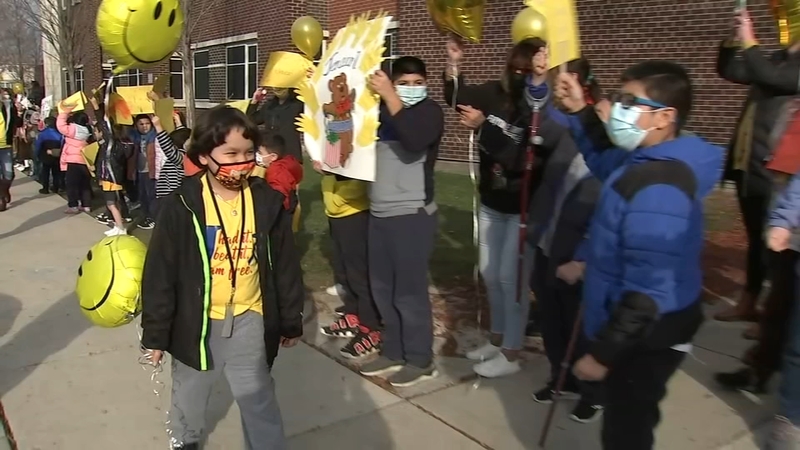 CICERO, Ill. (WLS) -- A Cicero boy was honored with a parade Friday attended by family, friends and residents from his community after being officially declared cancer free.

Third grader Jencarl Ponton celebrated his Christmas blessing, and was a little overwhelmed.

The parade was held at Lincoln School in the west suburb.

Jencarl is now cancer free after being diagnosed with leukemia when he was just 5 years old. Carlos Ponton remains grateful to the doctors and nurses who saved his son's life.

"This is my family," he said. "It's something i don't want no kids going through this process, 'cause it's really hard."

The kid who loves Fortnite and superheroes has undergone chemo since then. His older sister said despite the discomfort during his treatment, he rarely missed school and always had a smile on his face.


"Every time I look at him, he's what teaches me how to be brave and he's honestly my hero and has been so long," Ashley Ponton said.

School administrators decided to host the congratulatory celebration after finding out Jencarl was healthy and having his chemo therapy port removed next week. Students and staff wore yellow or gold, the international color of childhood cancer, to mark the occasion.

"Some people who go through what he's gone through don't make it and he has, and it's time to celebrate life," said Gretchen Grogal, Lincoln School principal.

With his classmates, teachers, and family cheering him on, Jencarl took his victory lap around the school building escorted BY local first responders.