"I'm shaking and I'm crying and I'm like, 'You're not going anywhere,'" clerk says
KFSN 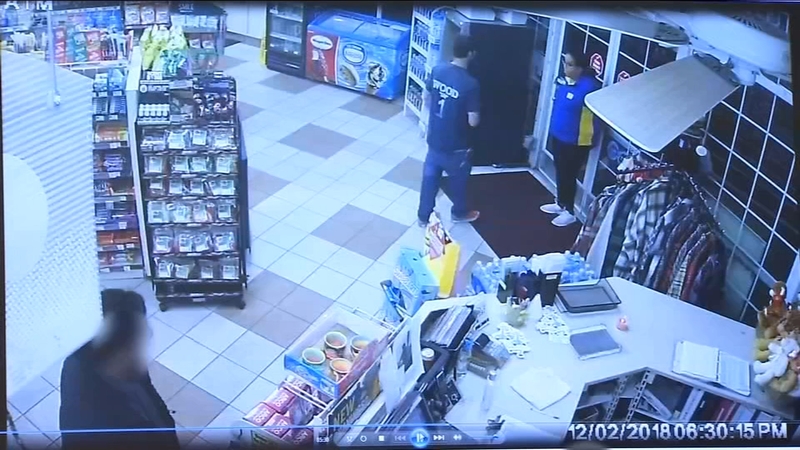 FRESNO, Calif. -- Employees at an AM/PM in Kingsburg, California, made a citizen's arrest this week, after a suspect who robbed them made the mistake of coming back.

"I'll never be the same, having a gun pulled on you," Monica Marin said.

Last Sunday, as she was working the graveyard shift at ARCO when she came face to face with a masked man.

Marin said she was so nervous as she popped open the cash register, she fixated on the man's hands.

"I remember looking at his knuckles. He had tattoos and he was very light skinned," she said.

"He was going to start walking out the door, so I backpedaled. That's when I put my hands on the door and I was like, 'You aren't going anywhere. You robbed me,'" she said.

Other customers jumped into help. They locked the door and called the police.

Officers said the robber is 26-year-old Tyler Wood, of Kingsburg.

"I felt like I was going to fall over, but I was holding onto that door with all my might," Marin said.

As more and more people ganged up on the suspect, he gave up trying to leave.

He retreated to the back, sat down and awaited his fate. Marin said it''s what she wanted all along.

"I feel relieved now, knowing that he can't hurt anyone else," she said.