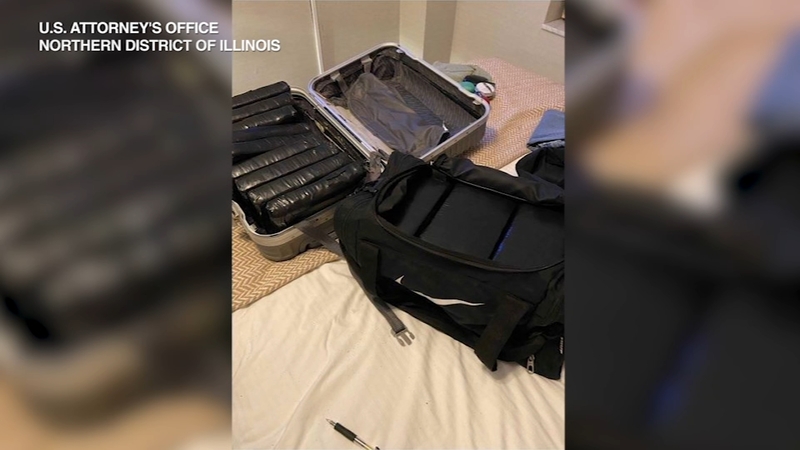 The U.S. Attorney's Office said the drugs were flown into Gary-Indiana airport last Wednesday in suitcases on a private plane that started its flight in Mexico.

There were 80 kilograms of cocaine found in a vehicle in River North and another 20 in a North Side hotel room.

The private plane, a Bombardier Challenger 600, has been seized, and three people were arrested.