Coconut oil should be used in moderation, report says 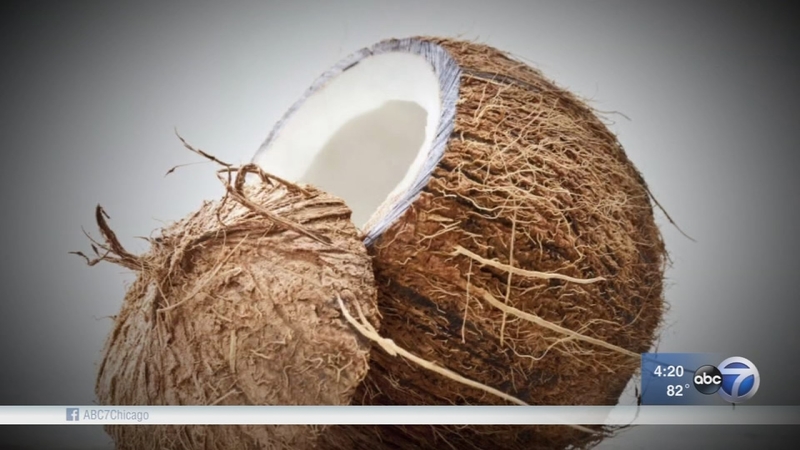 Coconut oil should be used in moderation, report says

Revelations about coconut oil might have people thinking twice about using it like a health elixir. It is touted as one of the healthiest oils, but is it?

"I use it on my skin, I use scrubs, I even use it in my coffee," said Loretta Kleinberg, who, like many, started using coconut oil almost every day on her skin, her hair and even eating it.

Marketed as a healthy fat substitute and an aid for everything from skin ailments to brittle hair to weight loss, coconut oil's popularity soared, along with the price -- more than doubling since 2013.

But now, an American Heart Association report advises consumers should use coconut oil and some other vegetable oils in moderation.

"The science behind it is that coconut oil is saturated fat, saturated fat is not the good fat it's the bad fat it basically has more fat in it than lard or butter," said Dr. Robert Segal, a cardiologist at Manhattan Cardiology.

"Once you raise your LDL, you put yourself at risk for heart disease," Segal said.

The Institute of Shortening and Edible Oils said coconut oil and other shortening ingredients that contain saturated fats will continue to play a role in food preparation. These fats give certain foods, for example bakery foods and confections, the texture, mouth feel and taste that consumers expect.

Will this change the way people use coconut oil?

"I think I'll still use it because I love the flavor and I've gotten used to it but I think I'll be a little more careful in the future as to how I use coconut oil," Kleinberg said.