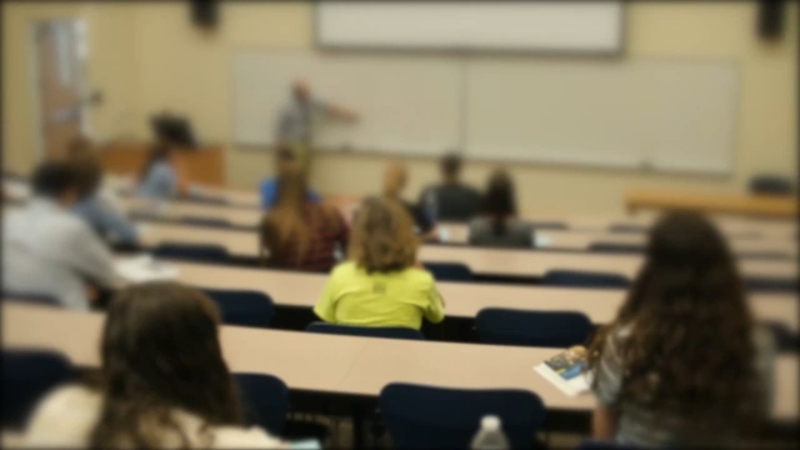 Many American families are facing that difficult decision on accepting offers to enroll in college by May 1. Nearly 20 million students were projected to enroll, but that number is now very much in question as some colleges and universities are now starting to propose ways to reopen their doors.

As coronavirus forces students to finish the school year at home some universities are working on a possible plan to hold classes on campus next fall.

"We would love to have a senior year, but we do worry about what health risks that would pose not only to older people and the community, but to other students like us as well," said Purdue University student Jaelyn Kelly.

Indiana's Purdue University is just one school making plans to try to bring its community of more than 50,000 students and staff back to campus this August.

University President Mitch Daniels wrote in a school-wide email that COVID-19, "poses close to zero lethal threat" to students, saying instead, "our students pose a far greater danger to others than the virus poses to them."

He also vowed to find a way to keep vulnerable groups separate and safe.

If you test negative you might need to be sequentially tested multiple times in the future until we have a vaccine.

"While I'm not personally at risk, it did seem that they were discounting the potential issues that students who are at risk or who may live with immunocompromised family members," said fellow student Cayley Boumansour.

Roommates Boumansour and Kelly are still concerned about young people who have pre-existing conditions, like Kelly, who struggles with asthma.

"My fear would be that given the language used in the emails, students wouldn't realize how serious of a situation we're dealing with," she said.

Daniels laid out some "preliminary" practices that would allow the university to reopen by spreading out classes and reducing sizes, as well as pre-testing students and staff for the virus, and using contact tracing and self-quarantining.

Brown University's President Christina Paxon is also on board, writing in the New York Times, "the reopening of college and university campuses in the fall should be a national priority. Institutions should develop public health plans now that build on three basic elements of controlling the spread of infection: test, trace and separate."

All this as the May 1 deadline decision day for incoming students looms. Many are now reconsidering their plans.