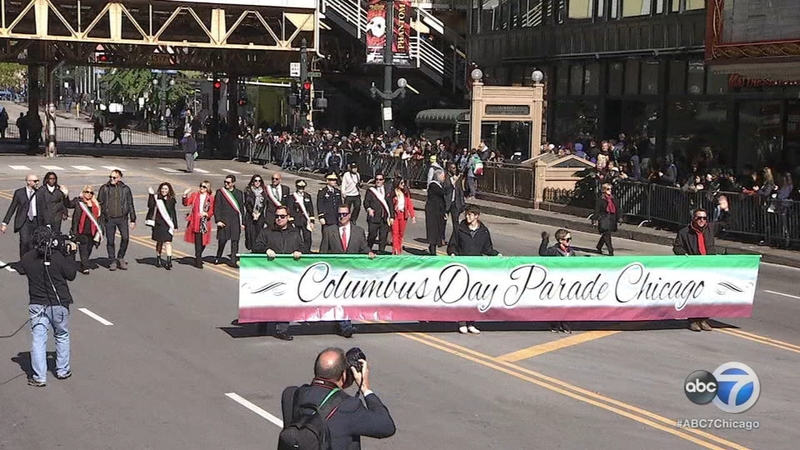 The parade started at 12:30 p.m. and coverage on ABC7 started at 1 p.m. and it was also streamed live on abc7chicago.com.

The 2019 Columbus Day Parade Queen, Natalie DiCianni and her court were one of the crown jewels of the parade. Natalie reigns from Elmhurst, Illinois. She is currently attending Triton College and is majoring in nursing, modeling her career choice after her mother, who is also a nurse. Every year, Natalie volunteers her time making Thanksgiving baskets for the needy. She has also helped raise money for autism. Natalie is proud of her Italian heritage and the fact that both her parents are of Italian descent. Her father, Peter DiCianni is a DuPage County Commissioner in the 2nd District.