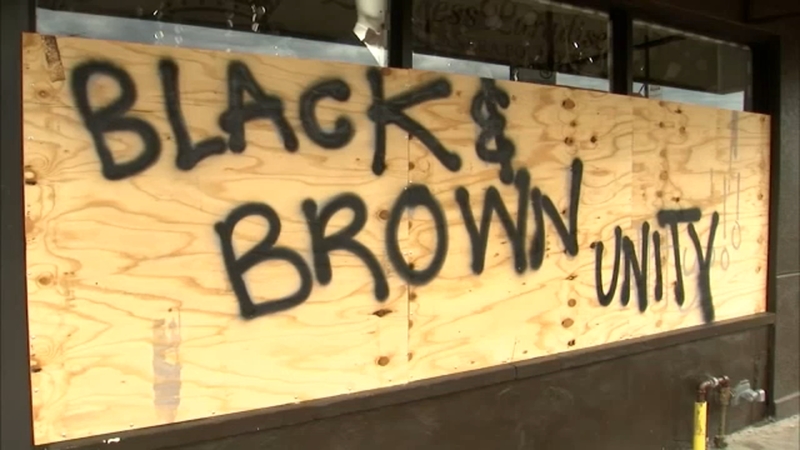 CHICAGO (WLS) -- Leaders in Chicago's Black and Latino communities came together Thursday in a show of unity for Casa Central's Day of Hope.

"So as we were thinking about Day of Hope and what we wanted to talk about, new normal is something that everyone's talking about as it relates to the pandemic. But we wanted to talk about the new normal being collaboration between Latino and African American communities," said Marty Castro, the CEO of Casa Central, which is one of the largest Latino social service agencies in the Midwest.

This is a continuation of the collaboration that began last year after the unrest following the murder of George Floyd that sparked some tension between the two communities. Several Black and brown leaders in the city partnered to create the group, Two-Thirds United.

"I think one of the good things that has come out of this last year is the resolve of leadership in both communities to really work more closely together," said Karen Freeman-Wilson, the CEO and president of the Chicago Urban League.

This has helped each community better understand the other and bridge divides.

"A lot of times we're so focused on our issues, we fail to realize that there's another community of people that are suffering just as well as we are," said NiCole Ward, Latino Policy Forum's Multicultural Leadership Academy Coordinator.

The community leaders said these conversations are just the first step in the partnership. They want to organize and fight for policy changes.

"One of those things that we see over and over is that specifically when it comes to Black and brown communities in Chicago, we suffer from the same systemic disinvestment," said Berto Aguayo, the executive director of #IncreaseThePeace

Castro is calling for more investment.